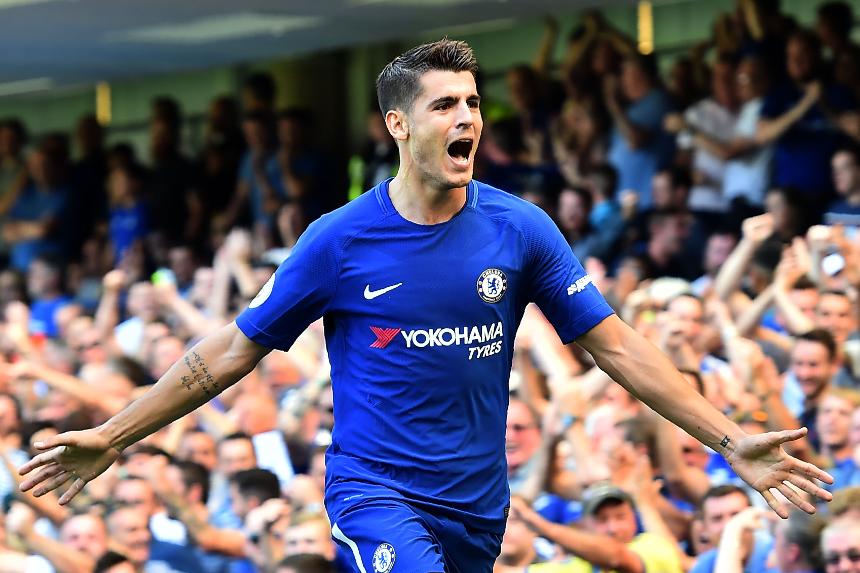 Chelsea scored 21 goals at home against the top-eight sides en route to the 2016/17 Premier League title.

This season their record at Stamford Bridge has been the opposite, with only three goals in total scored at home versus the teams currently in the top eight.

And in 60 per cent of those five matches they have failed to score.

Against Tottenham Hotspur, their closest rivals for a UEFA Champions League place, Chelsea will look to buck that trend on Sunday.

From being the highest goalscorers at home last season, with 55 goals, to the lowest of the top six, with 26, Chelsea have struggled for the right balance between defence and attack.

The statistics tell us the 3-4-2-1 is conducive to more goals at Stamford Bridge. With that formation Chelsea have scored 20 goals at a rate of two per match.

While the 3-5-1-1 has mostly been used in tougher matches, the loss of one attacking midfielder has had an effect.

Chelsea have scored only six goals in five matches when 3-5-1-1 was the main shape, an average of 1.2 a match.

This is because Eden Hazard is probably easier to contain when he is the sole player roaming between the lines.

Based on performances, I don’t think Hazard playing as a “false nine” is Conte's best option on Sunday.

The Belgian naturally drops short and does not have the physical presence required at the top end of the pitch.

I would suggest that Alvaro Morata gets chosen ahead of Olivier Giroud for the Spurs match, despite the Frenchman’s 100 per cent win ratio as Chelsea's starting centre-forward.

Morata excelled against Leicester City in the FA Cup last time out, striking five of seven shots on target, including a goal.

His mobility and runs in behind will also test Jan Vertonghen and Davinson Sanchez.

Sanchez can get drawn out of position and leave gaps behind, while Vertonghen can lack speed on the turn.

Using Morata as centre-forward in a 3-4-2-1 with Hazard and Willian in support could help Chelsea score more goals at home.

How to help Hazard

Hazard’s influence has also been unexpectedly limited in important home matches this season.

On the way to last season’s title he was the talisman in such contests, scoring seven times at Stamford Bridge in encounters with top-eight teams.

During 2017/18, he has started in only three of the five equivalent matches, and was taken off early in two of them.

At home to Manchester United, a 1-0 win, Chelsea were significantly more assertive and it suited them.

When the Blues look to control the ball and attack with more freedom, Hazard usually excels.

Spurs boast the third-best defensive record in the competition, but have shown fragility when tested on the road.

Mauricio Pochettino’s side have let in 11 goals in six away trips to top-eight teams this season, winning only once.

So it feels as if more adventure, not caution, could be the way for Chelsea to go.

Part 1: Noble must put the brakes on Lemina speed
Part 2: Change of Everton tactics bringing best out of Tosun