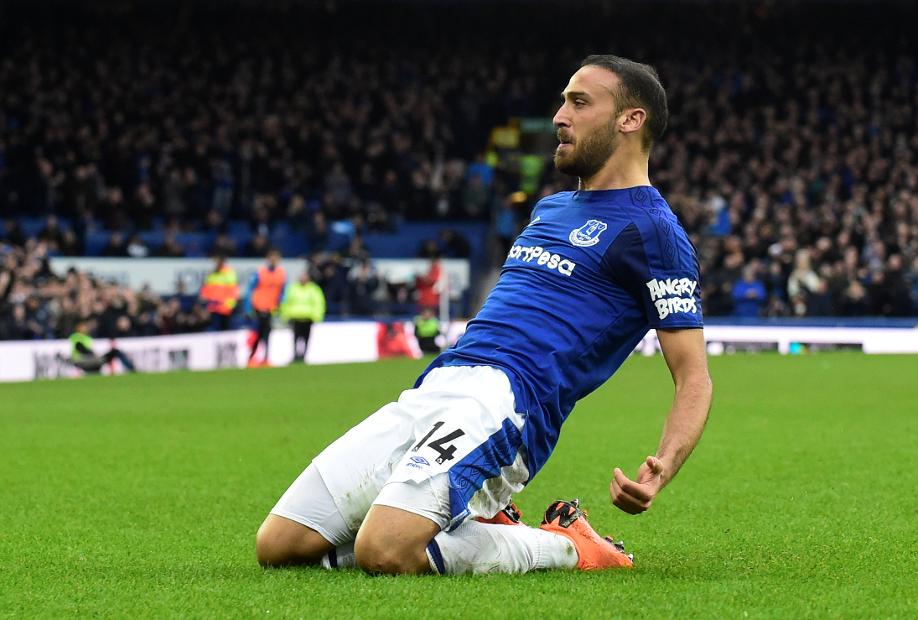 Ahead of Man City match, Adrian Clarke looks at why Toffees striker has scored four goals in three PL matches

The form of Everton’s January signing Cenk Tosun will give Manchester City plenty of problems defensively at Goodison Park on Saturday.

The Turkey international's confidence has soared in recent weeks, after a quiet start to life in the Premier League.

On the back of four goals in his last three appearances, the 26-year-old will fancy his chances of adding to that tally against the leaders.

Over the last few weeks Everton’s players have learnt that Tosun is an instinctive penalty-box predator who likes quality deliveries from the flanks.

Using clever but subtle movement to find space inside the penalty area, his key strength is the way he attacks crosses.

His other strike at bet365 Stadium, a close-range rebound, stemmed from a stooping header he made from a left-wing cross by Yannick Bolasie.

It is no coincidence Tosun’s uplift in form has arrived as Sam Allardyce’s tactics have focused on using the full width of the pitch.

Allardyce’s first-choice full-backs Seamus Coleman and Leighton Baines have both returned to the starting XI. Ahead of them Bolasie and Walcott have also been encouraged to cross regularly.

Everton have made 53 open-play crosses in the last three Premier League matches, at an average of 17.6 per match.

In Tosun’s only other two starts, Everton produced 19, at an average of 9.5.

So provided that they can enjoy enough territory inside Man City’s half, I’d expect Everton to whip as many balls into the area as they can.

They have quickly learnt that this brings out the best of their new centre-forward.

There has been plenty of rotation at centre-forward for Everton throughout 2017/18.

While the guile of Wayne Rooney, the physicality of Dominic Calvert-Lewin and the pace of Oumar Niasse have all caught the eye, Tosun’s impressive 40 per cent conversion rate makes him the most natural finisher on their books.

Hitting the target with seven of his first 10 shots in Everton colours, Tosun is accurate when chances fall his way.

His clinical right-footed strike high into the net from a Baines pass at home to Brighton & Hove Albion shows that crosses are not the only type of chances Tosun likes to finish.

Goal opportunities against Man City will be hard to come by on Saturday. When they do create a chance, Allardyce will be hoping Tosun is on the end of it.

Part 1: Noble must put the brakes on Lemina speed
Part 3: Morata the man to bring home goals for Chelsea