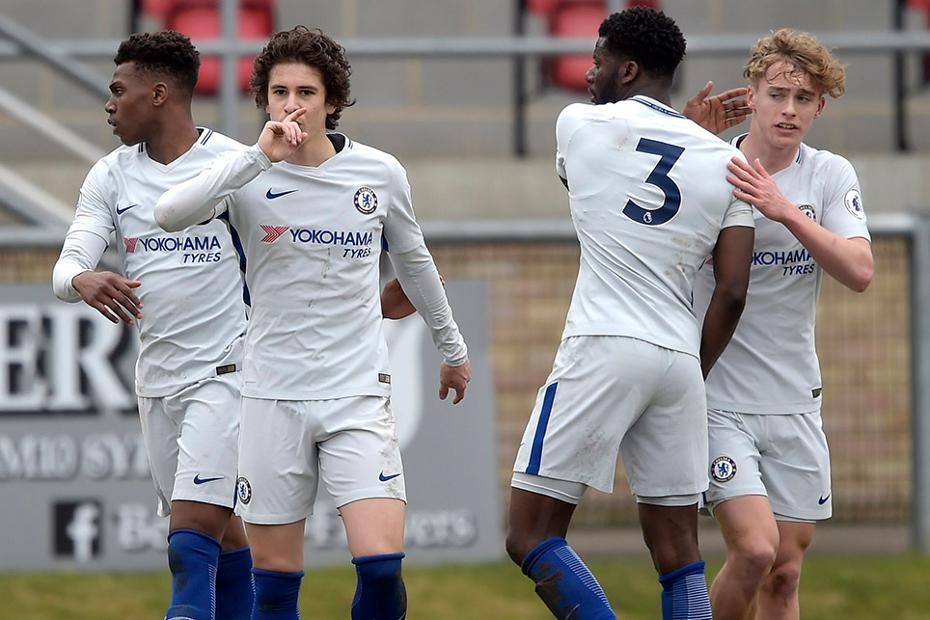 The decisive goal came on 19 minutes when Kyle Scott capitalised on a poor kick from West Ham goalkeeper Nathan Trott to set up St Clair (pictured above, second left).

Martell Taylor-Crossdale had a goal disallowed as Chelsea pushed for a second.

The hosts went close to an equaliser when Jahmal Hector-Ingram’s deflected effort clipped a post late on.

Chelsea move up to sixth with their fourth victory in five PL2 matches, a point and a place above West Ham.