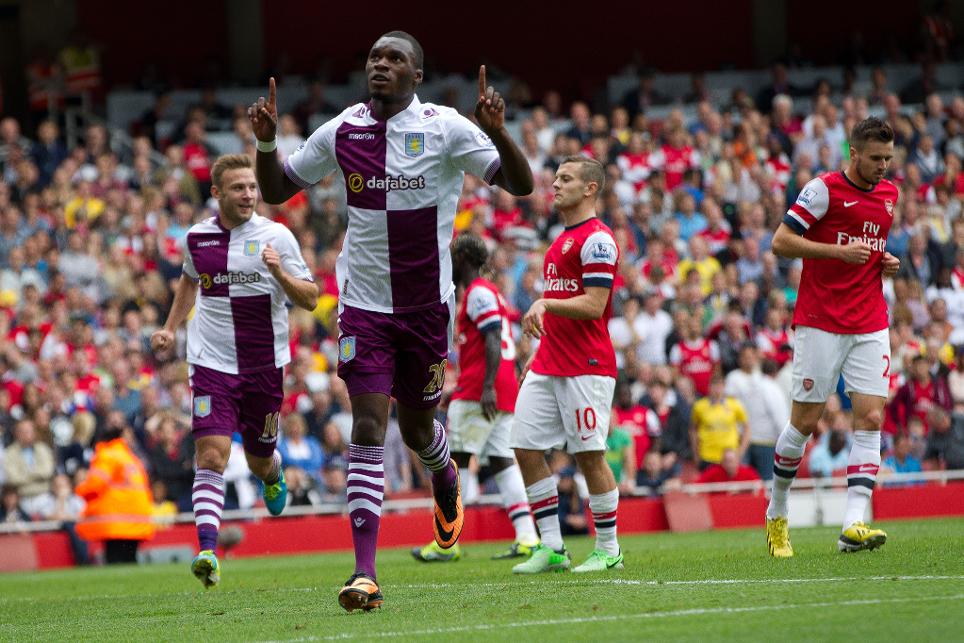 Cazorla can be heart of Arsenal bid

With last season providing plenty of surprises and 2016/17 less than a week away, we look at some of the biggest upsets of past opening days.

Coming into the 2013/14 season on the back of fourth-place and 15th-place finishes respectively, to most observers, the Premier League curtain-raiser between Arsenal and Aston Villa at Emirates Stadium favoured the home team heavily.

Arsene Wenger's side started the new match and their campaign brightly. The hosts opened their account for the season after only six minutes thanks to Olivier Giroud but things would quickly turn sour for the three-time Premier League champions, who conceded two penalties.

Villa drew level in the 22nd minute through Christrian Benteke's first effort from the spot before the Belgian struck again to put his side ahead after half-time, heading home the rebound after Wojciech Szczesny had saved.

With Arsenal shell-shocked and Laurent Koscielny sent off a second bookable offence, Antonio Luna grabbed a third for Villa in the 85th minute to inflict Arsenal's first opening-day defeat at home in 20 years.

Arsenal will be looking for more joy when they start their season at home to Liverpool on 14 August.