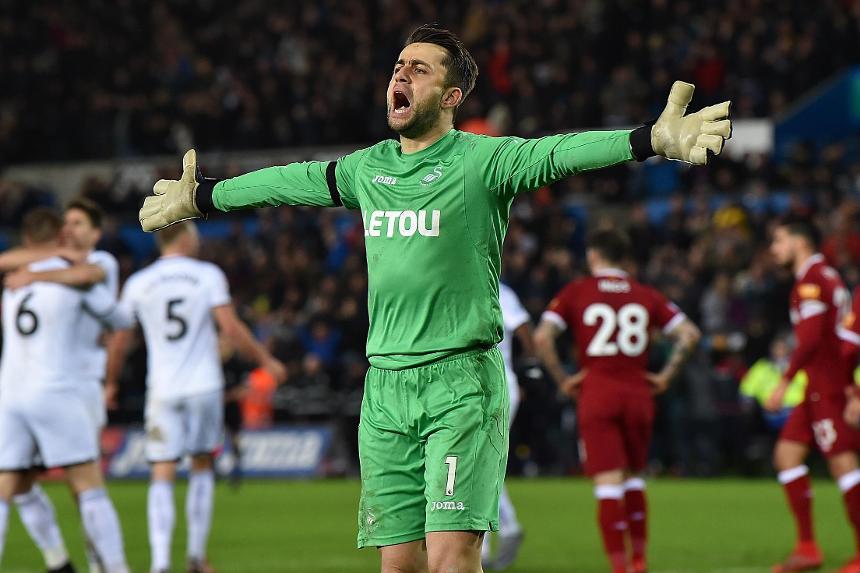 Lukasz Fabianski (£4.6m) has reclaimed his place among the top Fantasy Premier League goalkeepers after his heroics of Monday night.

A pivotal figure in Swansea City’s 1-0 victory over Liverpool on Monday night, the Pole made four saves and recovered the ball on 14 occasions.

That helped him score 31 in the Bonus Points System (BPS), top for goalkeepers in Gameweek 24, but he still earned only one bonus point.

That extra point was still enough to lift Fabianski to joint-second in the goalkeeper standings, level with Ederson (£5.6m) on 100 points.

David De Gea (£5.9m) leads the way with 127 points, but in terms of value, Fabianski has edged ahead of the Manchester United star.

Fabianski has recorded 21.7 points per million to De Gea’s 21.5, with both goalkeepers ranking top across all four positions for that statistic.

Monday’s clean sheet was Swansea City’s first since Gameweek 16 and one of seven shutouts for Fabianski over the season.

His shot-stopping has kept him among the best.

Goalkeepers earn an extra point for every three saves made in a match.

With 93 saves, Fabianski is 12 ahead of nearest rival Jordan Pickford (£4.9m and 81), and no goalkeeper can match his 24 additional points earned.

Swansea City host Arsenal next in Gameweek 25, with fixtures against Leicester City (A) and Burnley (H) to follow.

After those three matches, their next four opponents all score only two in the Fixture Difficulty Rankings (FDR).

That run gives Fabianski the platform to retain his position as the top-value player and close in on De Gea.