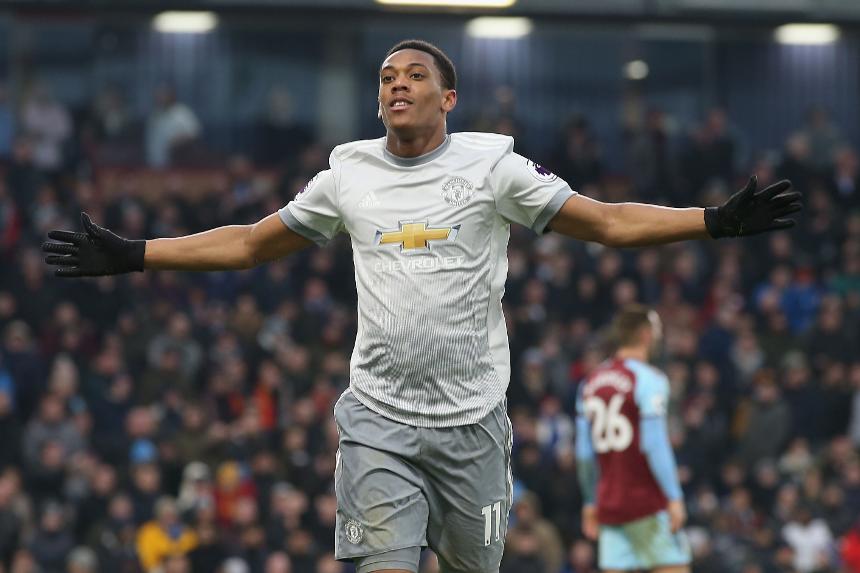 Martial is Man of the Match External Link

Competition for one of the five slots in Fantasy midfields is fierce - indeed, at Manchester United alone, both Paul Pogba (£8.0m) and Jesse Lingard (£6.4m) present convincing options.

But Martial has the potential to outstrip his team-mates and provide exceptional value.

The Frenchman has started the last three matches for Jose Mourinho's side, producing a goal and a double-figure score each time.

Saturday's winning goal in a 1-0 victory at Burnley was his latest contribution.

Martial had four shots at Turf Moor, including Man Utd's only two efforts on target.

Mourinho had previously used Martial in rotation with Marcus Rashford (£7.6m) on the left flank in his favoured 4-2-3-1 formation.

That has limited the midfielder to 13 starts from his 22 appearances.

But when on the pitch, Martial has taken his opportunity to impress.

Indeed, in terms of minutes per point, only Mohamed Salah (£10.2m) can better him.

The top-scoring player in FPL, Salah - who is set to feature for Liverpool at Swansea City on Monday night - has produced a point every 9.3 minutes.

Owned by less than 150,000 managers, Martial is a potential game changer in FPL, should he cement a starting role.

Just over 13,000 have swooped ahead of a testing Gameweek 25 fixture at Tottenham Hotspur.

But deliver at Wembley Stadium, and the case for Martial will gain new impetus ahead of an Old Trafford meeting with Huddersfield Town in Gameweek 26.