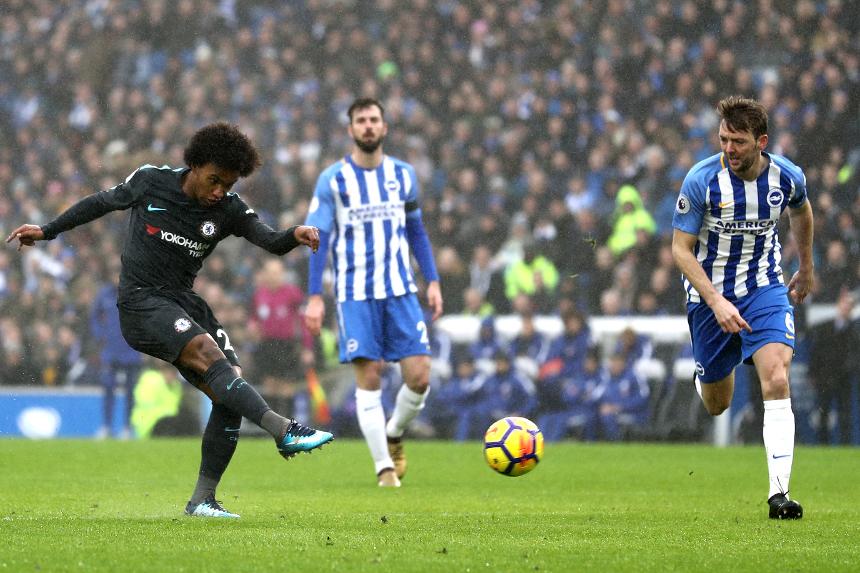 The pursuit of value in Fantasy Premier League is urging managers look to Willian (£6.7m) as a new option.

His 12-point tally in Chelsea's 4-0 win at Brighton & Hove Albion has triggered a rush of transfers.

The Brazilian's display at the Amex Stadium marked the third occasion in his last five starts that he has produced both a goal and an assist in a single match.

Indeed, the comparison with team-mate Eden Hazard (£10.6m) since Gameweek 16 is significant.

Willian has supplied three goals and five assists at a rate of 6.1 points per match and 9.1 minutes per point over that nine-match period.

By contrast, Hazard has contributed only three goals and an assist, making one fewer appearance but playing more minutes (621 v 503) overall.

The Belgian has supplied 5.5 points per match, at a rate of 14.1 minutes per point, lagging behind Willian on both counts.

The underlying statistics support these results.

Hazard's ICT Threat score from Gameweek 16 is superior (363 v 288.5) but Willian has been more accurate with his shooting, firing 10 shots on target to his team-mate's nine.

Despite his recent form, however, the midfielder's starting role in Antonio Conte's line-up is not assured.

He last made four successive Premier League starts back in Gameweeks 5-8 and was withdrawn before 72 minutes in each of those four outings.

And with Pedro (£7.7m) back from his one-match suspension and the UEFA Champions League tie with Barcelona looming, FPL managers should be wary of rotation.

Chelsea's teamsheets for the Carabao Cup semi-final with Arsenal on Wednesday, along with their FA Cup fourth-round tie with Newcastle United on Sunday, will tell us more.

The Blues take on AFC Bournemouth at Stamford Bridge for Gameweek 25.