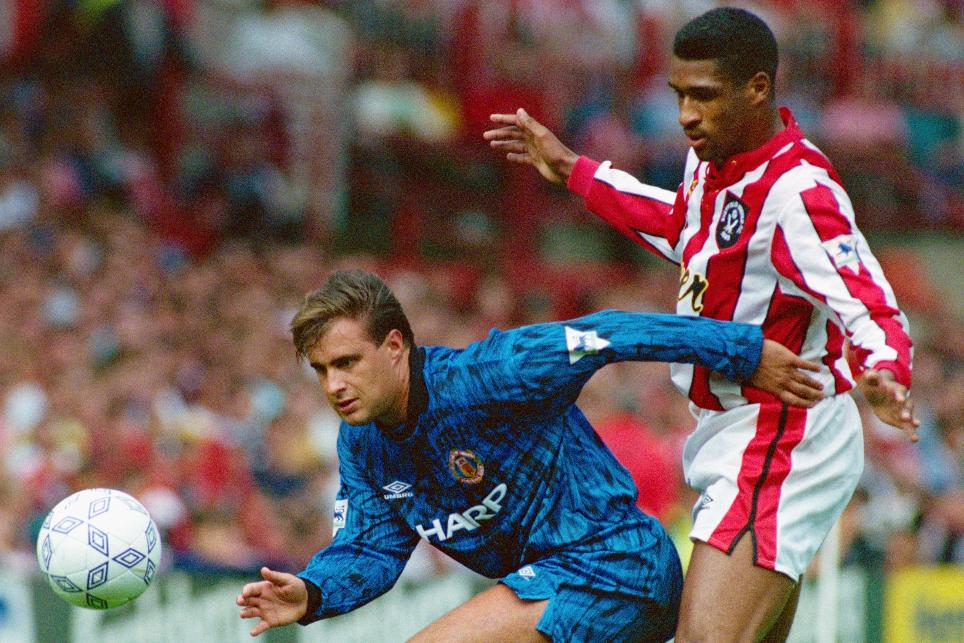 "Whatever happens, that will be the one moment fans all over the world will remember me for."

Saturday, 15 August 1992 marked the beginning of a new era with the start of the Premier League. Known at the time as the FA Premier League, 22 clubs started the first season, with nine fixtures opening the competition at 3pm that Saturday.

Five minutes after they kicked off, the honour of the first goal in the competition fell to Brian Deane, 24, in Sheffield United's match against Manchester United, one of the title favourites, at Bramall Lane.

The goal for Sheffield United, Deane later admitted, would not be in the top five of the striker’s career, but he enjoyed its significance.

"Whatever happens, wherever I am, that will be the one moment fans all over the world will remember me for," Deane said. "It was a fantastic feeling and even to this day people remind me of it - and it's now a classic quiz question too."

The goal started with Blades goalkeeper Simon Tracey clearing a backpass, his only option under new laws by FIFA, deep into Manchester United territory. Man Utd defender Gary Pallister headed the ball out.

"We had a throw-in at the Kop End," Deane, who also played for Leeds United, Middlesbrough and Leicester City during his 12 seasons in the PL, said. "Carl Bradshaw took a long throw aiming for Alan Cork at the near post.

"He flicked a header on and I managed to get myself between Steve Bruce and Pallister to nod the ball past Peter Schmeichel. They were no mugs those three, all great players. That made it extra special because that goal was against one of the top teams in the country and in Europe."

But Deane was not sure whether his header was the first goal of the day, with the possibility that he had been beaten by his club's biggest rivals.

"I got word that David Hirst had scored for Sheffield Wednesday early on but then the news filtered through that I had scored before him," said Deane, who scored 15 Premier League goals in 1992/93.

"I knew I was going to be close because of the time I scored the goal but to realise I was the first ever to score in the new Premier League, well, it took a while to sink in."

Deane added a second goal on the day, before Mark Hughes' consolation in Man Utd's 2-1 defeat at Bramall Lane.

The result that afternoon did not reflect the season's fortunes of the two sides. Sheffield United soon struggled, falling into the relegation zone and only guaranteed their safety with wins from the final three matches of the season.

Manchester United, by contrast, shook off this defeat, as well as a home 3-0 loss against Everton in the next fixture, to surge to the inaugural title, which was helped by the signing of Eric Cantona from Leeds United.