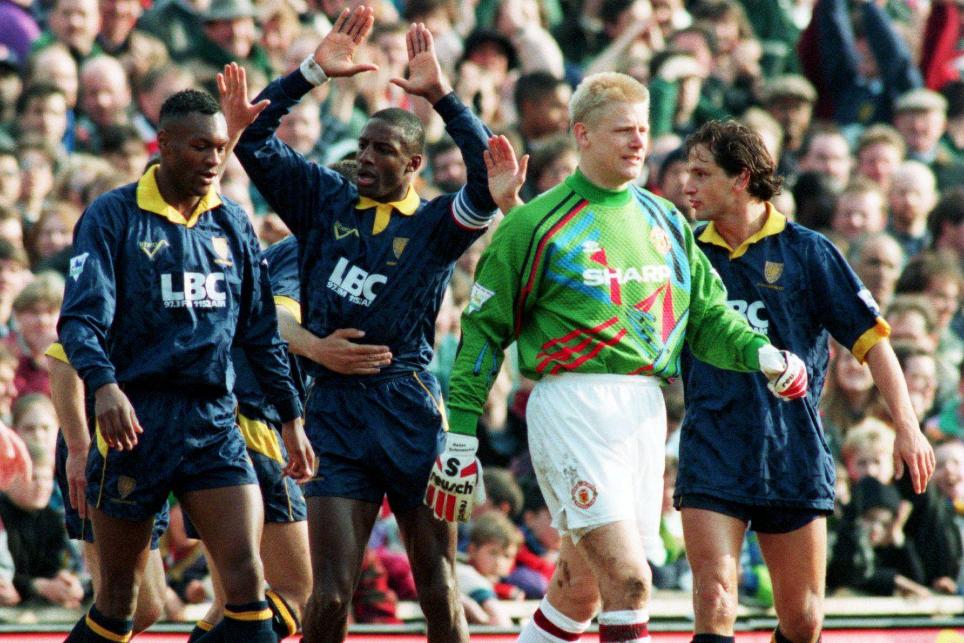 Being an unfashionable club without their own stadium could not stop Wimbledon from storming to a sixth-place finish in the Premier League during the 1993/94 campaign, as their former defender John Scales recalls.

Scales was a key part of Wimbledon's defence in his seventh and final season with the London club, dubbed "The Crazy Gang" due to their uncompromising on-field playing style and infamous off-field antics.

There was certainly method in the madness as they stunned Liverpool to win the 1988 FA Cup Final and regularly toppled English football's big names in league action.

As Wimbledon equalled their best top-flight finish in 1993/94, playing at Crystal Palace's Selhurst Park having left their Plough Lane home in 1991, Scales acknowledges that they were a team to strike fear into illustrious opponents.

"We intimidated teams because they knew we were going to give 100%," he said. "You wouldn't expect anything less but we gave 100% in everything we did - whether it was on the training pitch, whether it was going out and enjoying ourselves and being together as a team, whether it was the brutality of a dressing room on a Monday morning when we'd lost.

"Ultimately I was playing with some very, very good players. A lot of people looked at it and said 'Have they got the quality?' And we had that in abundance."

Manchester United surged to their second successive Premier League title in a season that began an era of dominance under Sir Alex Ferguson.

While acknowledging Cantona's brilliance, Scales points out that Wimbledon had an influential talisman of a different kind in the form of tough-tackling midfielder Vinnie Jones, who was the Dons' captain.

"In the big personalities of that era, Vinnie Jones and Eric Cantona stand out as two of the biggest by far," he said. "There was a swagger about them on the pitch, a confidence about how they were in the dressing room and how they approached the game.

"Eric Cantona with the most sublime skill but an aggressiveness about his play. Vinnie was similar in a way because he had that arrogance about him that shone out, that he could use as a great strength. The way that he could dominate a game in the midfield area and not be intimidated by anybody, while wanting to intimidate everybody else."

At the end of the campaign, Scales secured a move to Liverpool, where he would win England honours in June 1995.

His PL career concluded with a four-year spell at Tottenham Hotspur but the former centre-back is keen to point out that his Wimbledon experiences shaped him as a player.

"It made me the player I was in many ways, I needed to toughen up and know what playing at that level was all about," Scales explained. "Not just on the pitch but what being a player in the top-flight entailed, what I needed to be successful."