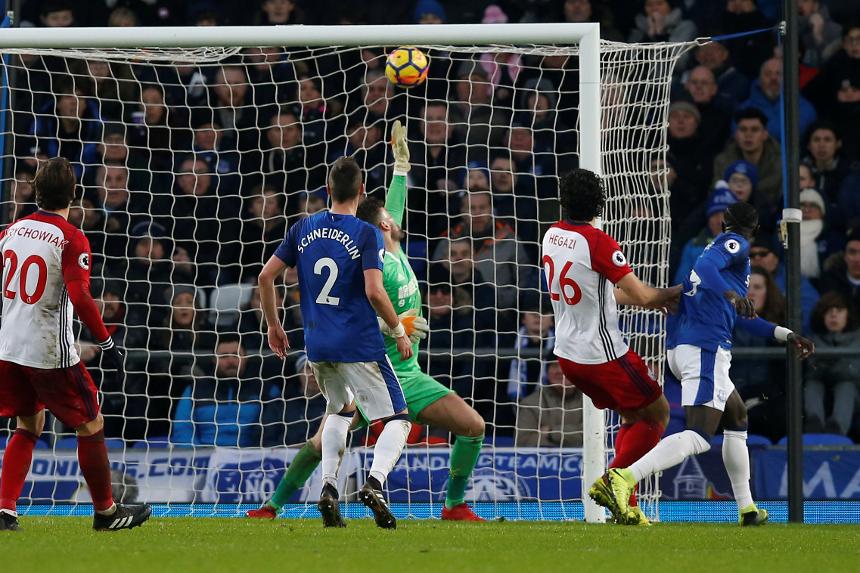 Theo Walcott marked his debut with an assist as Everton drew 1-1 with West Bromwich Albion at Goodison Park.

There was a lengthy delay in the second half due to a suspected double leg fracture suffered by James McCarthy, who left the field on a stretcher.

Substitute Oumar Niasse pounced on Walcott's cushioned header to level a minute after being introduced.

Salomon Rondon almost produced a winner from distance late on but his drive came back off the crossbar.