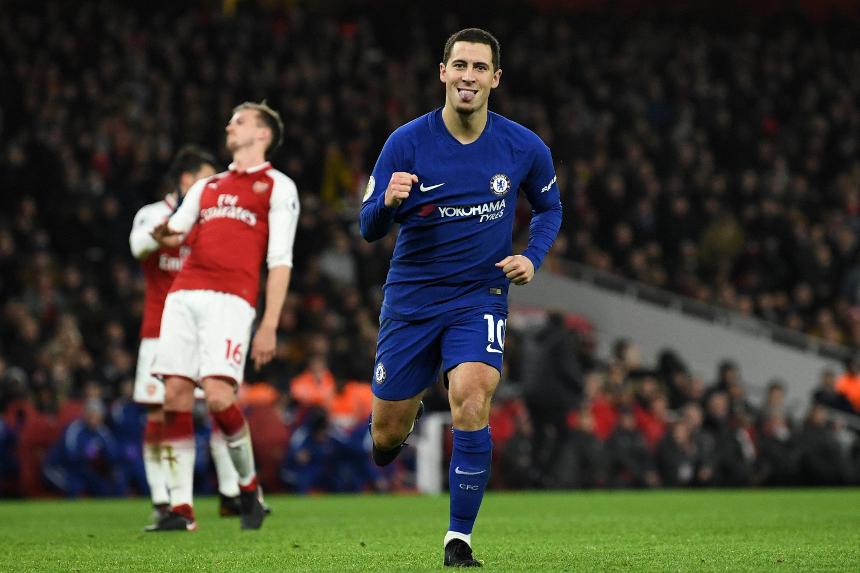 Sold by over 200,000 FPL managers, the midfielder returns to the scoresheet ahead of a favourable run of Chelsea fixtures

Conference Call: Should have been a win External Link
GW22 Lessons learned: Kane cameo a blow

Over 207,000 sold the Chelsea midfielder ahead of Gameweek 22, after he supplied only one assist from his last five appearances.

But deployed behind striker Alvaro Morata (£10.5m) in a 3-5-1-1 formation, Hazard fired six shots at Emirates Stadium, all from inside the penalty area.

That gives FPL managers food for thought ahead of a favourable run of opponents for Chelsea.

Antonio Conte's side host Leicester City in Gameweek 23, with the four opponents that follow all scoring two in the Fixture Difficulty Rankings (FDR).

While Hazard will tempt new investment, Morata's form will have frustrated his one million owners.

The Spaniard spurned three big chances - chances where the player is expected to score - in Wednesday's draw, having also missed two in the 5-0 victory over Stoke City last time out.

Morata has only two goals from the last eight Gameweeks, though he has been limited to five starts over that period.

He is already the most sold forward ahead of Gameweek 23, with Harry Kane (£12.9m) and Sergio Aguero (£11.7m) the popular replacements.