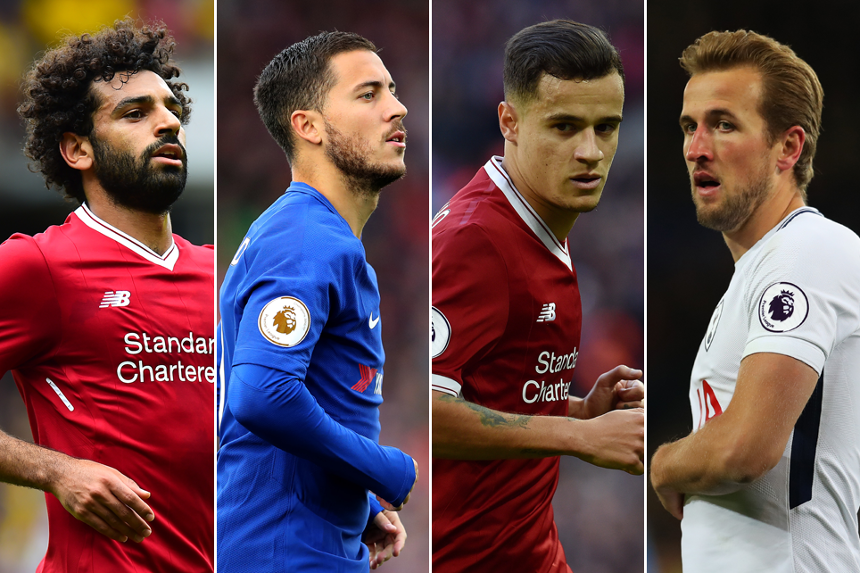 The Scout on why Hazard, Salah and Coutinho will battle the Spurs striker for the Gameweek 16 armband

GW16 Ones to watch: Philippe Coutinho

Harry Kane (£12.8m) will struggle to retain his status as the top Fantasy Premier League captain pick this Gameweek.

Kane was backed by more than 857,000 (15.9%) managers as captain at the weekend, the third time this season he has been the most popular candidate.

But the Tottenham Hotspur striker scored only two points at Watford; the eighth time in 15 Gameweeks he failed to supply a goal or an assist.

His home fixture with Stoke City in Gameweek 16 may just convince owners to keep faith, with three factors appearing to be in his favour.

Firstly, he boasts a strong record against the Potters, scoring six times in his last three encounters.

Secondly, he should be fully refreshed after being rested in the UEFA Champions League in midweek, and, finally, he will face a Stoke defence who have conceded an average of two goals per match.

Hazard and his Chelsea team-mate, Alvaro Morata (£10.8m), are among Kane’s main rivals.

They travel to West Ham United, who are the only side to concede more goals, with 32, than Stoke's 30.

Hazard is the most popular FPL signing ahead of Saturday’s 11:30 GMT deadline, claiming 153,000 new owners.

He is also the most in-form player in the game, producing three sets of double-figure scores in his last five Gameweek starts and earning the maximum three bonus points in four of his last six.

Morata tops the forward standings on 83 points and is popular, picking up another 133,000+ managers for Gameweek 16.

No player has had more shots inside the opposition penalty area than his 13 over the last four Gameweeks.

Salah and Coutinho also have to be considered for captaincy.

As the top-ranked player for shots on target in home matches (19), Salah is seeking a seventh double-figure points haul of the season in Sunday’s Merseyside derby at Anfield.

He is second only to Hazard for transfers in (146,000+) following an 18-point score in Gameweek 15 and a hat-trick in the UEFA Champions League win over Spartak Moscow.

What to do with Manchester stars?

Interest in Manchester United and Manchester City's top options will be limited ahead of their derby at Old Trafford.

Romelu Lukaku (£11.4m) scored in the midweek UEFA Champions League win over CSKA Moscow, but with only one goal in the last eight PL outings, more than 129,000 managers have parted company with him this week.

Some FPL managers may still look to the Man City midfield for their captain.