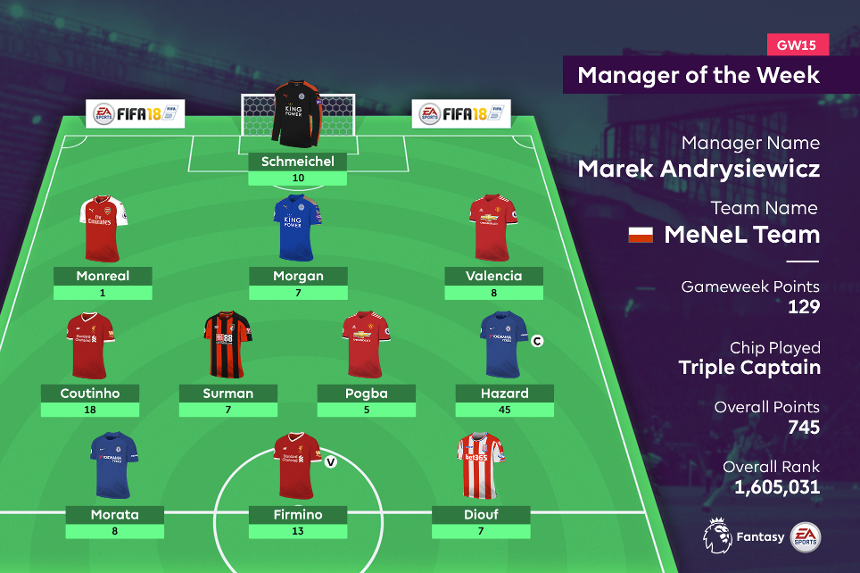 But the top scoring manager, Marek Andrysiewicz, was one of only 2,758 to also use the Triple Captain chip on the in-form midfielder.

That contribution was all the more remarkable given that he only arrived in Marek’s squad just before Saturday's deadline.

He swooped for Hazard as one of four astute transfers.

In came Philippe Coutinho (£8.9m) who produced a Gameweek-high 18 points.

As Manager of the Week, he wins a copy of FIFA 18, a Nike Ordem V match ball and an FPL mug, all bagged up in an FPL rucksack.