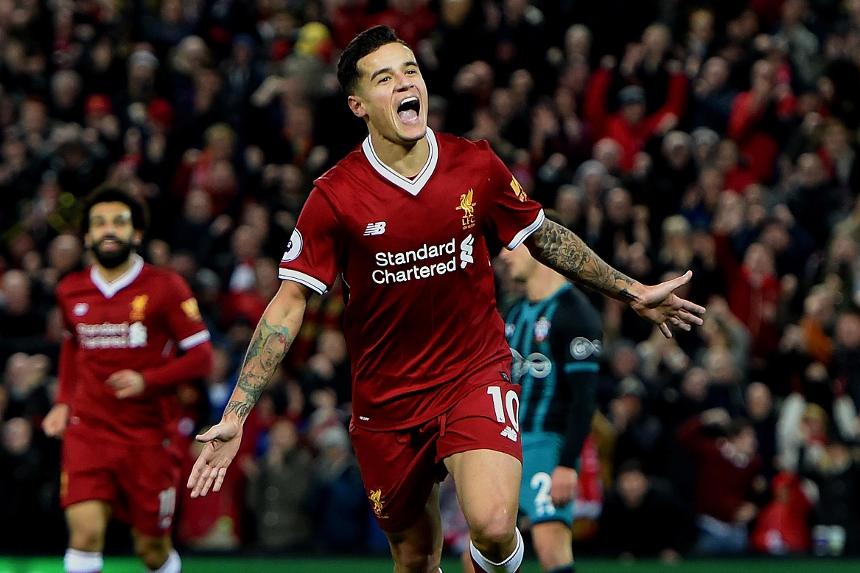 Liverpool's in-form star has low ownership so could turn round many managers' seasons, reckons The Scout

After a midweek treble which followed an outstanding performance in Gameweek 15, the Liverpool playmaker has become the next "must own" player.

His hat-trick in the UEFA Champions League against Spartak Moscow on Wednesday was the latest evidence of Coutinho's unstoppable form.

It came after an 18-point haul at Brighton & Hove Albion on Saturday, thanks to a goal and three assists in a 5-1 win.

More than 141,000 FPL managers have snapped up Coutinho ahead of Saturday's 11:30 GMT deadline.

And you can understand, even with the fierce competition for the midfield slots in FPL squads.

Coutinho has suffered a stuttering season to this point. Injuries have limited him to only eight starts from 15 Gameweeks.

But four goals, five assists and 10 bonus points over those appearances give him an average of 7.9 points per match. That betters any outfield player in FPL.

The underlying statistics are also convincing. No midfielder with a start this season can match Coutinho for minutes per shot (20.1).

Significantly, only seven of his 33 attempts have been from inside the opposition's penalty area.

The converted spot-kick against Spartak adds a new dimension to Coutinho's FPL potential.

Should he retain penalty duties in the Premier League, his goal output would increase markedly.

Liverpool have won two penalties this season, with Mohamed Salah (£9.9m) missing his kick against Huddersfield Town in Gameweek 10.

Even without penalties, Liverpool's attack has been rampant over the last six Gameweeks, scoring 19 goals, five more than any other team.

They face Everton at Anfield for Gameweek 16, a fixture last season where Coutinho produced a goal and an assist.

Everton are one of five opponents for Liverpool in the next six Gameweeks who score only two in the Fixture Difficulty Rankings (FDR), with four of those matches taking place at Anfield.

That suggests that the goals will continue to flow, with Coutinho's FPL scoring rate maintained.

While Salah, as the leading points scorer in FPL, continues to demand a place in our squads, partnering him with his team-mate in midfield could now become a priority.

With an ownership of only 7.8%, Coutinho becomes a go-to option for those managers seeking to turn their season around and close the gap on mini-league rivals.