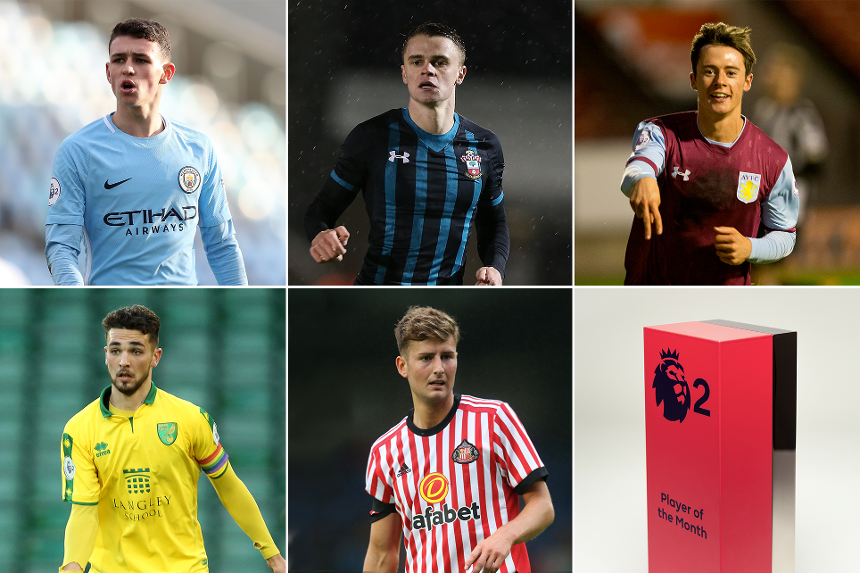 Five players have been shortlisted for the Premier League 2 Player of the Month award for November.

The winner will be chosen by the same panel and will be announced on 15 December.

The 17-year-old winger got one goal from his two PL2 appearances. He also made his UEFA Champions League debut last month.
Player profile

The 20-year-old forward impressed in both his PL2 matches last month, scoring one goal.
Player profile

The 19-year-old midfielder, signed from Liverpool in the summer, got one goal from three appearances, two in PL2 and one in the PL Cup.
Player profile

The 21-year-old midfielder earns his nomination after playing in a variety of competitions for Sunderland last month, including PL2, PL Cup, PL International Cup and Checkatrade Trophy.
Player profile