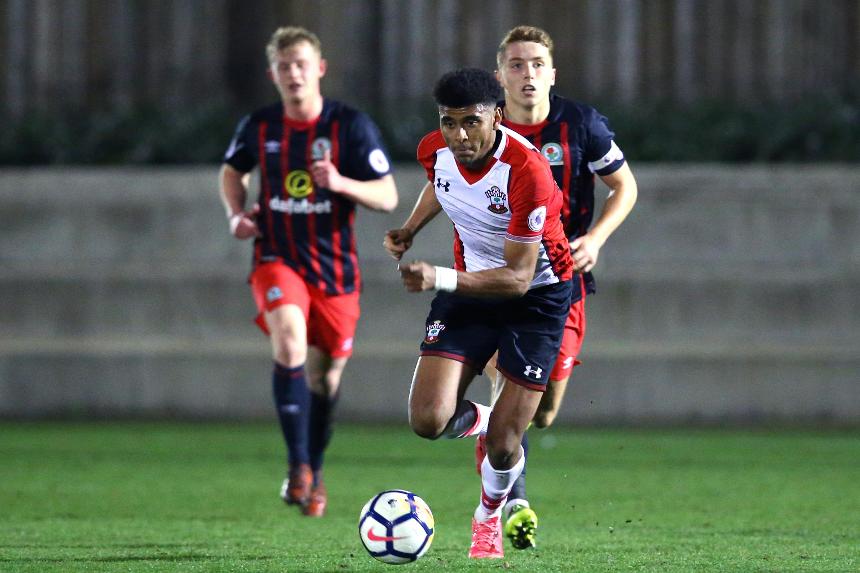 Jaïdi: Pleased to go top of the group External Link

Southampton scored a goal in each half to beat Blackburn Rovers 2-0 at the Saints' training ground and swap places with them at the top of Group B.

Right-back Yan Valery put the hosts ahead at the near post just before the interval.

Matt Targett doubled the lead with a 25-yard free-kick nine minutes into the second half.

Lewis Mansell hit the bar late on for Rovers, who slipped to their first defeat in 10 league and cup matches.

Southampton are on six points, two ahead of Blackburn, with Watford on three points and Cardiff City on one.