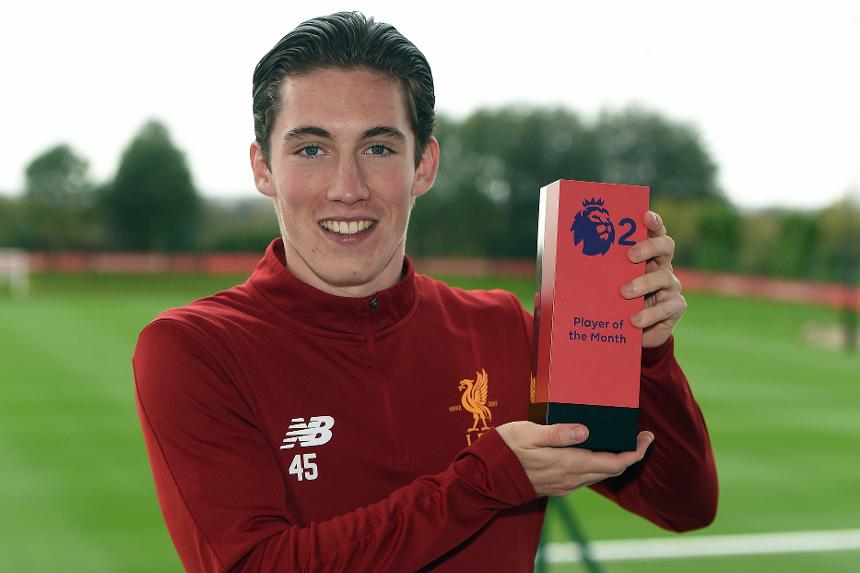 Liverpool winger reacts to being named September's player of the month

Harry Wilson: I don't want it to be one game for Liverpool External Link

Harry Wilson has spoken of his joy at being named the Premier League 2 Player of the Month for September.

The 20-year-old Liverpool winger beat seven other players to claim the award thanks to five goals from three appearances as the team won all their Division 1 matches in the month.

"I'm delighted to win the award; September was a great month for me personally and the team,” Wilson told Liverpool’s official website.

"We picked up a lot of points and scored a lot of goals, so on a personal note it was great to score five goals in the league - and for the team to win every game was just as good."

See: ‘It is up there among the best moments of my career’