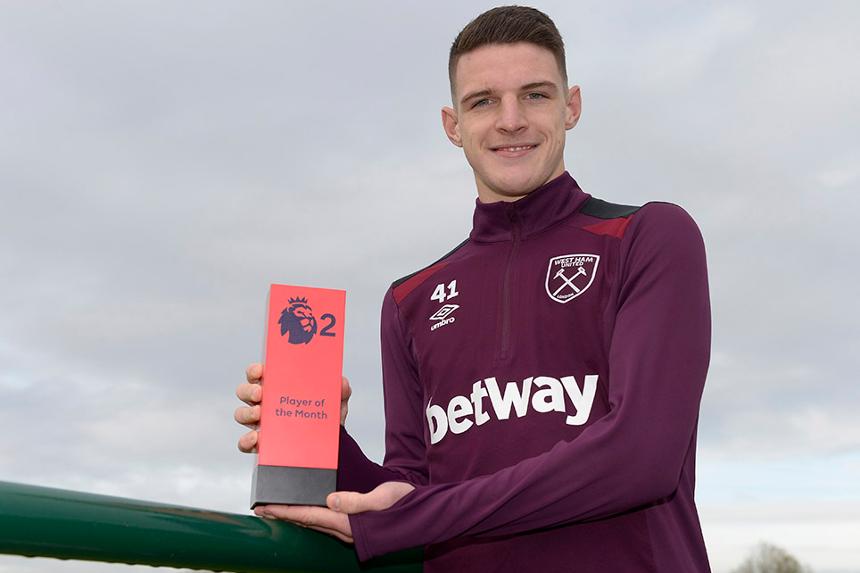 Declan Rice has won the Premier League 2 Player of the Month for October after impressing for West Ham United.

The 18-year-old, who can play at centre-back or in central midfield, helped West Ham to a 4-2 victory over Manchester United and a goalless draw at Chelsea in PL2 Division 1, moving them up to fourth in the table.

He also played 90 minutes for the senior team as they fought back from 2-0 down to beat Tottenham Hotspur 3-2 in the Carabao Cup at Wembley Stadium, before coming off the bench in the Hammers’ 2-2 Premier League draw at Crystal Palace.

The winner was picked by the Premier League Football Development panel. He was one of seven players shortlisted for the award by the panel, after PL2 club managers nominated the best individual performance from each of their opponents during the month.