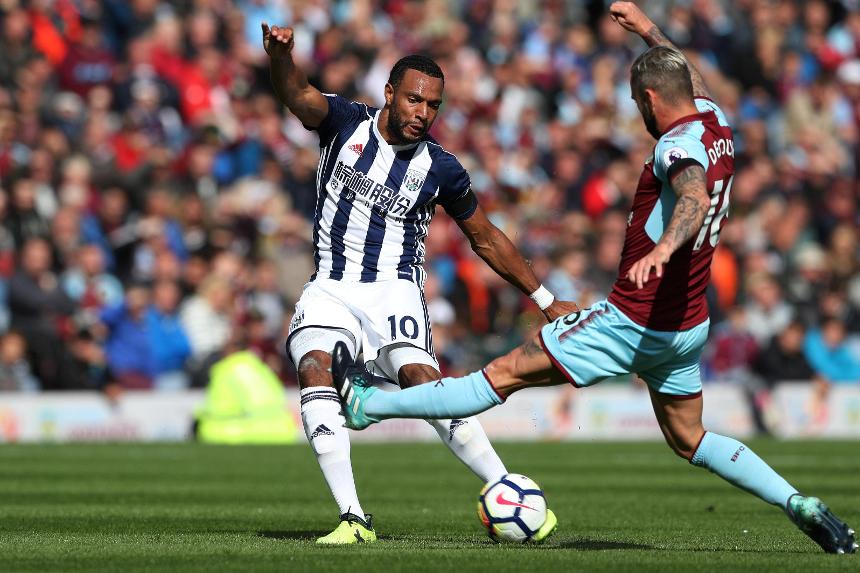 West Bromwich Albion host champions Chelsea this weekend hoping for their first win in the Premier League since August.

Adrian Clarke looks at where West Brom may alter their approach at The Hawthorns on Saturday.

The Baggies have only lost by more than one goal twice this season but their problem is that they have not been imposing themselves enough on the opposition.

Under Tony Pulis the Baggies are happy to let the opposition have the ball and they won't produce hundreds of accurate passes per match. This is nothing new.

So it is no surprise to see them ranked bottom in the League for average possession (40.3%) and passing accuracy (71.2%).

But in previous campaigns they have always been extremely efficient inside the opposition half and it is in this facet of their play that we have seen an obvious dip.

Last season West Brom ranked seventh in the competition for total crosses (769) at a rate of 20.23 per match, while this season their 202 crosses have come at a rate of 18.36, ranking them 11th.

I believe the balance of Pulis's team selections have veered too far on the defensive side.

Although recent shape changes to 3-5-2 and 4-3-3 have solidified the spine of the team, those alterations have come at the expense of players who have consistently delivered end product.

Both from open play and set-pieces Chris Brunt, Matt Phillips and James McClean have been key men for Pulis inside the opponents' danger zone.

The quality that they are capable of producing, especially from wide areas, has been integral to Albion's previously high productivity levels.

But thanks in part to Pulis's desire to stay solid down the middle of the pitch with three central midfielders, and a willingness to use striker Jay Rodriguez out wide, those three players have been used sparingly over the last six matches.

It is perhaps no coincidence that both Phillips and Brunt started in September's 2-2 draw with Watford, a match in which the Baggies posed a regular goal threat.

Phillips also scored a late goal against Manchester City as a substitute in their last home match during an improved second-half effort.

And it's also interesting to note that all three started West Brom's first two PL matches of the campaign, each of which were won 1-0.

Corners and free-kicks have so often been Albion's key weapon under Pulis.

But such types of goals have been harder to come by without the aforementioned trio on the field.

Brunt, in particular, is an outstanding set-piece taker.

This season they have scored only three goals from 25, at a far lower 12% success ratio.

While Phillips, McClean and Brunt won't guarantee West Brom victory against Chelsea this weekend, you do wonder if the inclusion of at least one or two of them from the start may present the side with a greater goal threat.

This is a very difficult match of course but I feel Pulis must balance strength down the spine with an attacking threat, and of late it cannot be denied that the latter has been missing.