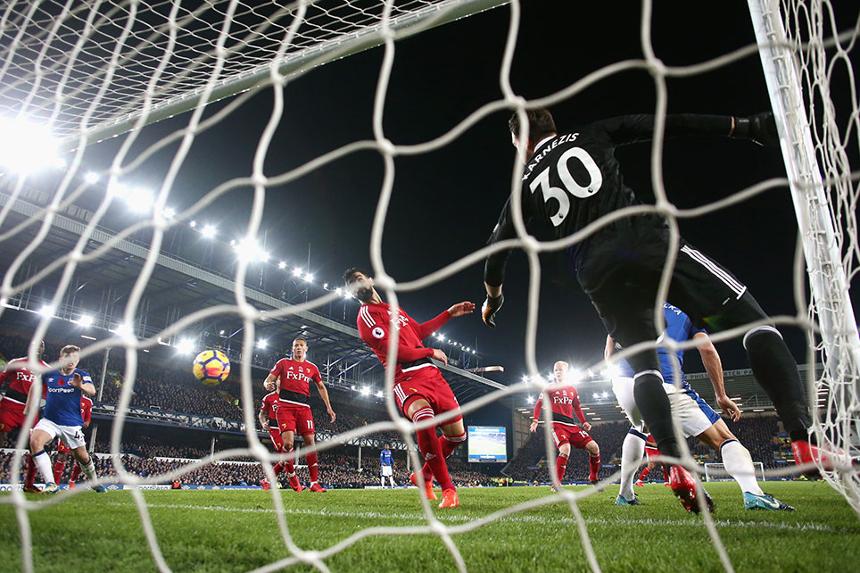 Noble: We want to give new boss a winning start External Link
How 'quarterback' Shelvey can shock Man Utd

David Moyes begins a brand new chapter as West Ham United manager this weekend with a trip to Watford.

Ahead of his first match in charge, Adrian Clarke identifies a recurring Watford weakness the Scot may exploit.

While Watford's campaign hasn't exactly been derailed, three straight defeats have slowed their progress, making this a highly important fixture for Marco Silva's men, who need to stop the rot.

Performances have been good. Had Watford taken more of their chances against Chelsea, Stoke City and Everton there could have been different outcomes.

In each encounter, however, Watford were undone by a set-piece. Indeed, Watford have conceded from a corner or a free-kick in six of their last seven Premier League fixtures.

This recurring brittleness from dead-ball situations is becoming a major issue.

So every time a West Ham player stands over a set-play on Saturday, he will feel confident of breaching the Watford defence.

Low levels of concentration are the cause of this issue.

Chelsea and Manchester City both caught Watford on the hop with quickly taken short corners. Creating 2v1 situation out wide, they each scored before Watford had time to react.

Silva's side also switched off for a second time in those fixtures.

Failing to spot Chelsea had restarted play with a short one-two from a wide free-kick, Pedro was given time and space to pick out Michy Batshuayi for a header, having changed the angle of the initial set-piece.

The other lapse in focus against City caught Christian Kabasele on his heels, failing to anticipate Sergio Aguero's five-yard dart into space.

Too slow off the mark, the Watford defender was powerless to prevent the striker from heading home a pinpoint free-kick from Kevin De Bruyne.

Moyes may also have identified weaknesses in Watford's zonal-marking set-up.

Against Arsenal their tallest players were all stationed along the six-yard box to defend a corner.

With no blocker or man-marker placed near the penalty spot to deter Arsenal's danger men, Per Mertesacker was allowed to stroll into Tom Cleverley's space and head in Granit Xhaka's cross.

It was a straightforward mismatch the Arsenal player was happy to profit from.

Mark Hughes also deserves credit for noticing Watford do not always have a player defending the edge of their own box.

Thanks to an accurate low ball from Xherdan Shaqiri at a corner, Darren Fletcher was allowed to run on and strike a first time shot past Heurelho Gomes from the edge of the area under very little pressure.

It was a costly moment, for this goal turned out to be the winner.

West Ham may also feel their opponents have issues at the far post from corners.

Against Everton, Jose Holebas, the defender usually positioned at the back post, was caught too far on the inside when Dominic Calvert-Lewin sneaked in behind him to head in the equaliser at Goodison Park.

The same player was caught ball watching from a near-post flick at West Bromwich Albion; a mistake that allowed Jonny Evans to bundle the ball in from close range.

While there is much to admire about Watford's play this season, especially going forward, the West Ham camp will have noticed that set-piece defending is a shortcoming.

Had none of those avoidable goals been conceded, Watford would, in theory, be sitting four places higher in the table with five extra points.

Whether it decides this encounter, being bright and imaginative from dead-ball situations can help Moyes and his new club get his West Ham tenure off to a winning start.