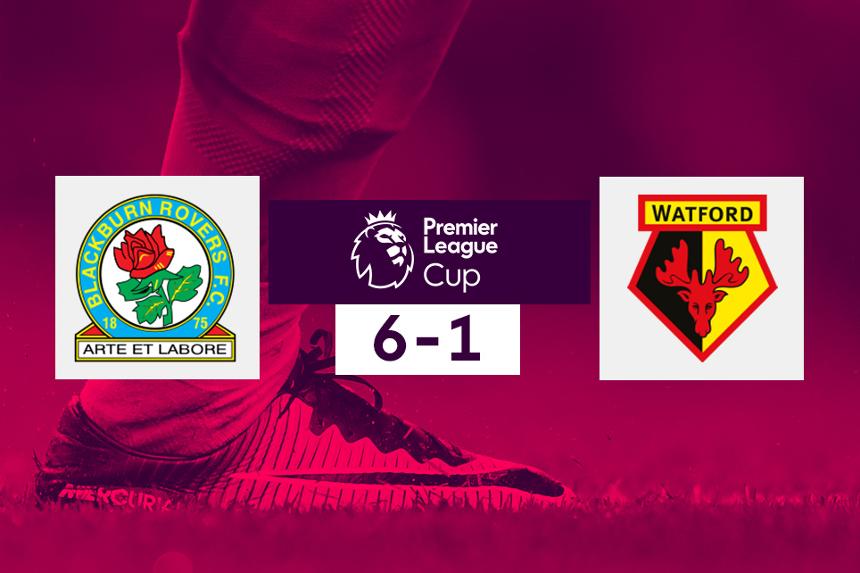 Blackburn Rovers midfielder, 17, nets twice as his side secure 6-1 Group B win over Watford

Callum Wright scored twice as Blackburn Rovers defeated Watford 6-1 to go top of Group B at the Leyland County Ground.

The 17-year-old midfielder opened the scoring on 32 minutes, before netting his second with a superb strike two minutes later.

Lewis Mansell's header on 51 minutes made it 3-0, before Wright saw his penalty saved and Jack Doyle scored on the rebound.

Scott Wharton headed in Rovers' fifth on 61 minutes and substitute Dan Butterworth came on to make it 6-0.

Michael Folivi added a late consolation for the visitors. Blackburn are top of Group B with four points.