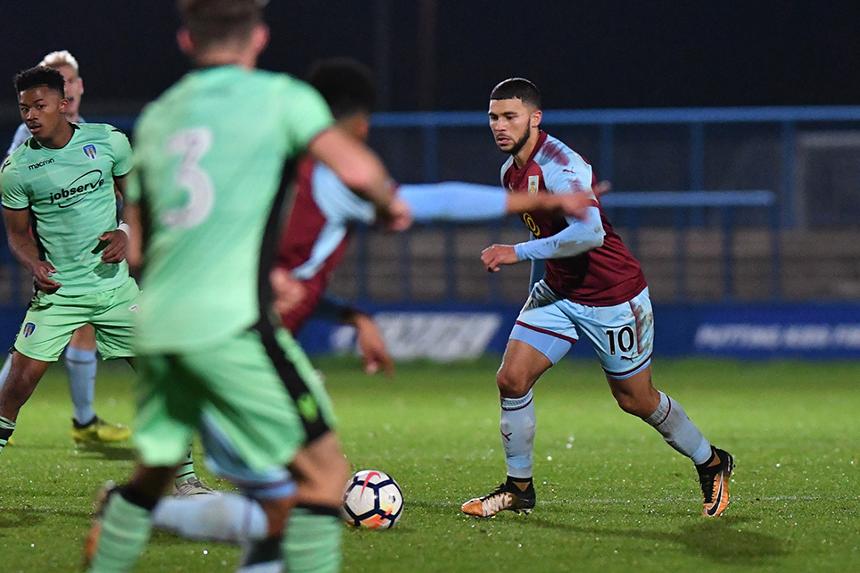 After Eoin McKeown missed an early chance for the visitors, Wells scored his first goal for Burnley when he diverted Mark Howarth's effort into the roof of the net.

Tinashe Chakwana volleyed in the third before Wells completed his hat-trick with a penalty, after he had been fouled by William Wright, who was sent off.

Wells is set to travel with the first team to Southampton for Saturday's Premier League match.