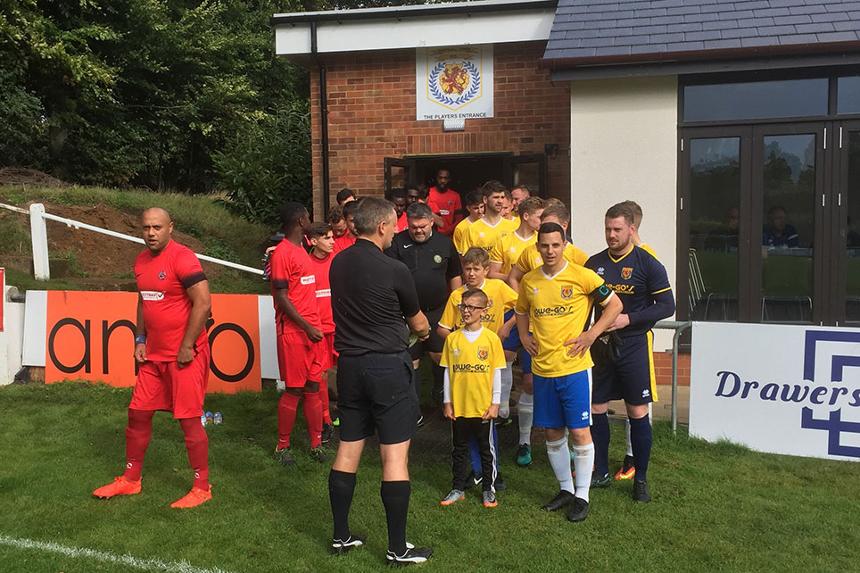 Ampthill Town FC have teams spanning a wide range of ages and a senior side with aspirations of promotion from the Spartan South Midlands League Division One; level 10 in the English football pyramid.

But the Bedfordshire club were being held back by their failing facilities.

The clubhouse had been built in the early 1960s and constant repairs were draining resources.

"The showers were pretty grim and it was hard to keep them maintained," says chairman Gary Maidment.

"We run about 20 teams from Under-8s up to veterans but struggled to get younger members to watch the senior teams.

"It wasn't a nice day out. Nobody wanted to stay. They'd grab a sandwich and get out as quickly as they could.

"We couldn't raise money so spending it was an issue. It was all a knock-on effect and it couldn't carry on that way forever."

A £93,000 grant from the Premier League-funded Football Stadia Improvement Fund (FSIF), delivered by the Football Foundation, has allowed Ampthill to make significant upgrades, including a new pavilion that was recently opened.

"Now it's a much better environment," says Maidment. "It's helped to attract and keep players. It's great for the town and the club.

"On rainy days you can watch the whole match from indoors so our elderly guests are over the moon.

"We've got whole families coming along now. We've pretty much doubled our average attendance and when we had an FA Vase match here recently we had around 120 people, with 10 to 15 families.

"It's a clean, airy facility and we've got a paved area behind the goal, which is an ideal place to watch the match from.

"It's really lifted the club. Whether it's played a part in the fact that we're in the top two in the league and have won our FA Vase matches, I don't know!"

At their level every penny Ampthill can make is welcome and the new facilities are helping the club's finances as well as the wider community.

"We've got a new kitchen so we can offer hot food and cater for bigger occasions," says Maidment. "In the past we had to get a caterer in but now we can produce it ourselves, so it saves us money.

"We hosted a 70th birthday party recently and a sit-down meal for 50 people, who had a dance afterwards.

"We've got two or three birthday parties booked too. We've got people asking to see wine lists rather than scraping chewing gum off the floor.

"We're a non-profit organisation so the money goes straight back into the club. We're now trying to get our veterans team a kit of their own."

Ampthill Town will be hoping for another bumper crowd and a chance to show off their pavilion to new spectators when they host Wodson Park on Non-League Day, which will take place nationwide on 7 October.

See: Find a match on Non-League Day near to you