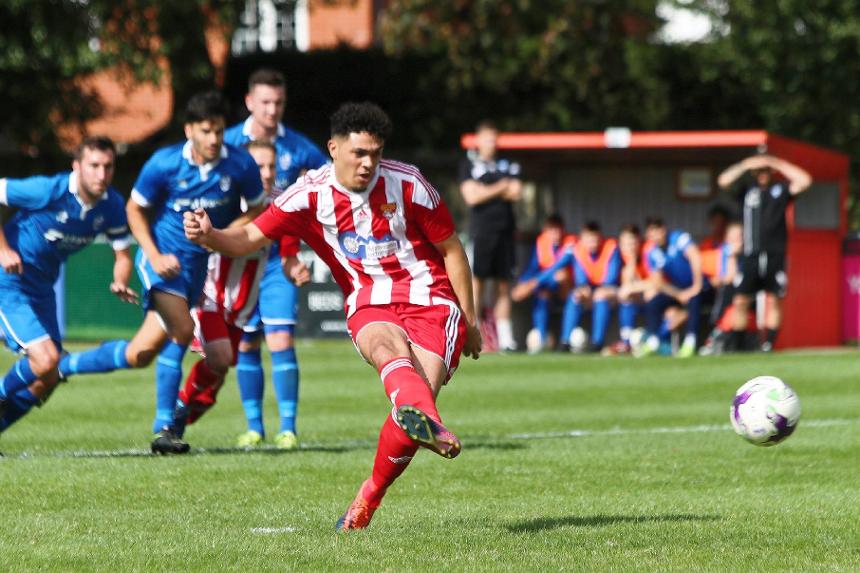 With a month to go until Non League Day, see how one club has been helped by Premier League investment

Saturday 7 October is Non League Day in England, an event which encourages Premier League fans to visit semi-professional and amateur clubs in their local area.

There is a strong relationship between the non-league and the Premier League built over many years and for one club in Suffolk, that bond is helping them attract new players to the game.

Felixstowe & Walton United - formed when two teams merged in 2000 - does not have a shortage of players but their facilities were holding them back.

Located near Ipswich, the east-coast club have 21 youth teams and three adult sides but only a few of them were able to use the changing rooms.

"We used an old council-owned cricket pavilion, which was over 100 years old," chairman Andy Wilding explains.

"There was a home and away changing room and one for match officials. It could only be used by the first team, the reserves and Under-18s.

"The younger kids arrived already dressed for football and they had to go home in their kit afterwards.

"Ipswich Ladies were the only female team using it, as they were playing on a Sunday rather than a Saturday.

"If the spectators wanted to use the toilets, they had to run to the clubhouse, which was 80 yards away."

But things are looking up after Premier League investment helped them build their own state-of-the-art pavilion.

It comprises four changing rooms, plus two for the officials, as well as spectator toilets, kitchen facilities and a large clubroom.

The Seasiders now hope to increase their number of teams to 31 - including the addition of a senior women's side - by raising participation by 42%.

The pavillion was officially opened in July, and players and supporters are already seeing advantages.

"Now there's no conflict with changing times for the men and women," says Wilding. "The FA are having a massive drive in pushing participation for girls, and we want to be part of that.

"The season is only a few games old and attendances have nearly doubled from last season. We were averaging 180 through the gate. Now we're getting over 300.

"The facilities are there for the community. We're trying to tell them what we're doing, and the players and spectators are now enjoying the facilities we have to offer."

See: Find a match on Non-League Day near to you