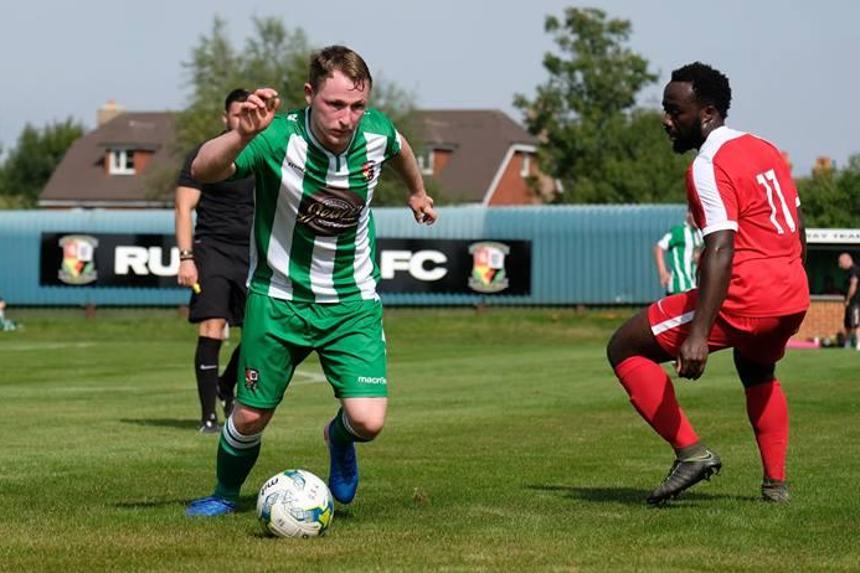 New facilities giving Rusthall a sense of pride
Ampthill Town looking up thanks to new clubhouse
What is the Football Stadia Improvement Fund? External Link

Saturday 7 October is Non-League Day in England, an event which celebrates football beneath the five top tiers of the English football pyramid and encourages Premier League fans to visit semi-professional and amateur clubs in their local area.

One such club are Rusthall FC who, on Non-League Day, host Sevenoaks Town in the Southern Counties East League Premier Division, level 10 in the pyramid, on a new pitch built thanks to the help of the Premier League.

Boasting 20 teams, Rusthall are at the heart of the Tunbridge Wells football scene, but their ability to make strides at senior level was being eroded by the state of their pitch.

As chairman Joe Croker explains: "It had tremendous slopes - a difference of three metres - and it also had lots of undulations. It wasn't flat.

"It wasn't a surface anyone relished playing on, including our own players. Players wouldn't come to us because of that. There was more chance of getting injured.

"There was also no drainage whatsoever. Last winter was quite good but the one before was really bad, so we were losing fixtures. The players get somewhat frustrated to not be playing."

Rusthall were given a grant of £50,800 from the Premier League-funded Football Stadia Improvement Fund (FSIF), which enabled the club to perform vital drainage and levelling works on their pitch.

As a result, their stadium now meets the Step 5 requirements of the FA National Ground Grading Criteria - the level Rusthall have just moved up to after being promoted to the Southern Counties East League Premier Division.

The Kent club are now allowed to remain at that level thanks to the improvement work at the ground.

"Every one of the problems has now been cured," says Croker. "It's looking superb. I would say for a grass pitch it's as good as any in our league.

"It's already helped to attract new players. We've brought in four signings this summer. They see the pitch and can't wait to get out on it."

It is the second time in three years that Rusthall have benefited from an FSIF grant. In 2015 they installed floodlights after receiving £46,200 from the fund.

That allowed them to host evening matches.

"Without them we wouldn't have been able to stay in the division we've just been promoted from, at Step 6," says Croker.

"We get our best crowds for evening fixtures because we get more of the floating football fans.

"For one match towards the end of last season we had around 250 people, which would be one of our highest attendances.

As well as the first XI, the pitch improvements will also benefit all of Rusthall's 20 teams, which range from mini-soccer level to adult.

"We're trying to develop senior football in a big way here," says Croker. "And the grants have really helped."

Ampthill Town looking up thanks to new clubhouse