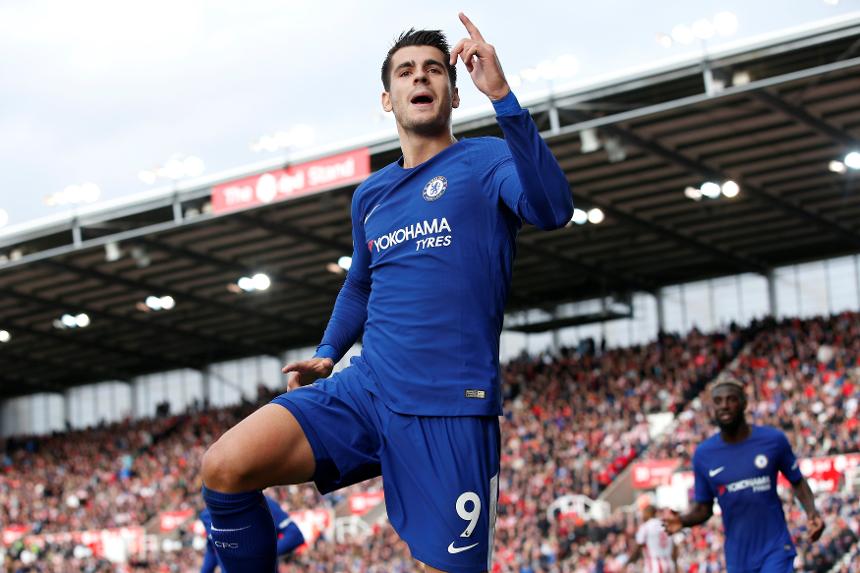 Alvaro Morata's (£10.2m) hat-trick has left Fantasy Premier League managers asking, "How do I embrace all of the goalscoring talent on offer this season?"

But it was the Chelsea forward, captained by 157,000+, who topped the scoring charts.

His treble and 17 points at Stoke City have sparked another rush in the FPL market.

Morata has already attracted more than 152,000 new owners ahead of his Gameweek 7 meeting with Aguero's Man City.

But Aguero was not to be silenced.

He produced 11 points in a win over Crystal Palace, providing some reward to his new owners and the 909,000 (18.5%) who handed him the captaincy.

Managers now face a selection headache across their three forward slots, with both Romelu Lukaku (£11.7m and 7 points) and Harry Kane (£12.5m and 13 points) also underlining their credentials.

Kane’s brace at West Ham United took him to 11 goals from his last five away matches.

Opting for three premium-priced forwards now looks a popular strategy, but which three?