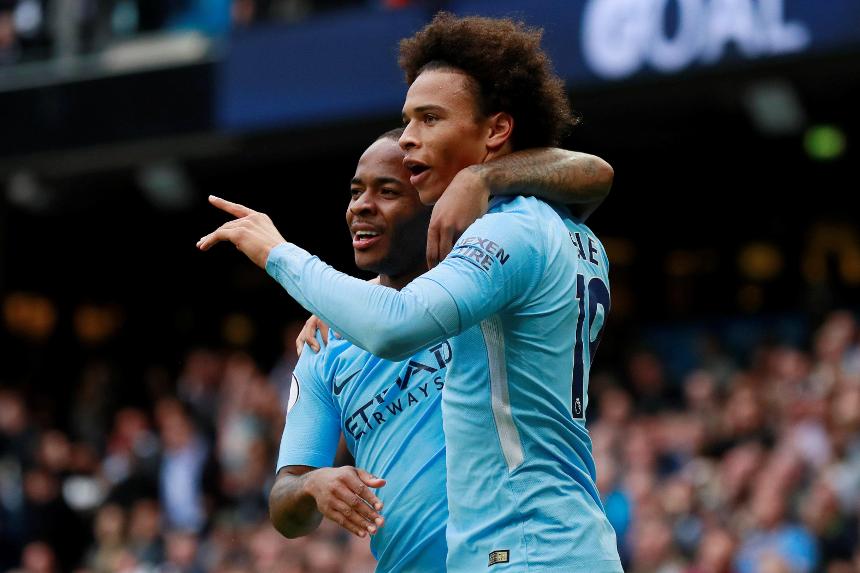 Sane and Sterling outscored Aguero in Gameweek 6, but what does it mean for managers fearing Guardiola's rotation?

Leroy Sane (£8.3m) and Raheem Sterling (£7.8m) have added to the puzzle in our Fantasy Premier League midfields.

Both started and starred Saturday's 5-0 win over Crystal Palace, scoring 16 and 13 points respectively.

Despite making only three starts, Sterling has scored more goals than any other FPL midfielder (five).

His 33 touches in the opposition penalty area is also second only to Liverpool’s Mohamed Salah (£9.2m).

Sane has three goals and two assists from two starts.

But investment in that pair risks being damaged by Pep Guardiola’s rotation policy.

It was striker Gabriel Jesus (£10.5m) who took his turn on the Manchester City bench.