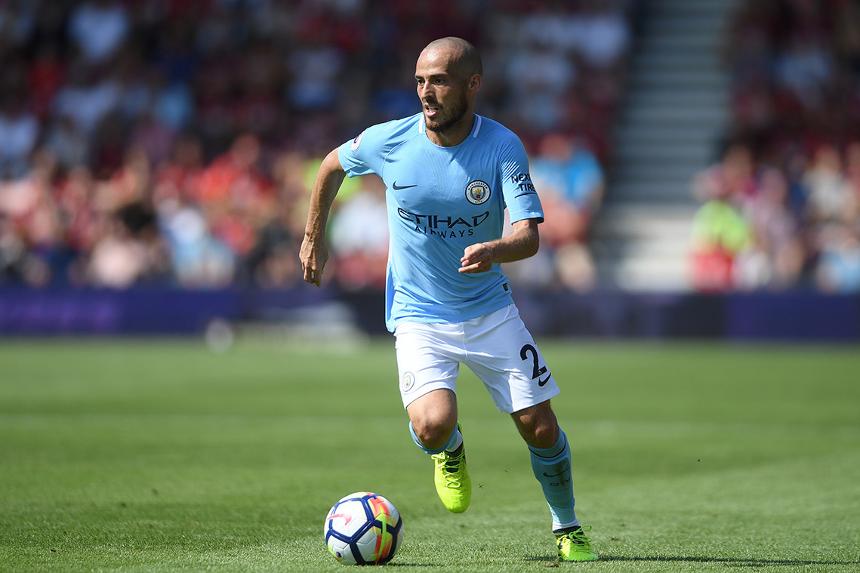 Can’t stretch to Aguero or Jesus in attack? A renaissance for Man City's playmaker could provide a solution

The Manchester City playmaker looks reborn in his eighth Premier League campaign, revelling in a new tactical system laid out by Pep Guardiola.

Deployed closer to the devastating pairing of Sergio Aguero (£11.6m) and Gabriel Jesus (£10.5m) in attack, Silva is seeing more of the ball.

He already has four assists, five fewer than across the entire 2016/17 campaign.

He supplied five key passes in the 6-0 win over Watford, taking his tally to 17 for the season, a total only Henrikh Mkhitaryan (£8.5m) can match.

Mkhitaryan is also the only player to have bettered Silva’s four big chances created, with five.

Silva is averaging 3.4 chances created per match, up from 2.4 in 2016/17, and has also shown a goal threat, firing three shots from inside the penalty area at Vicarage Road.

Next he faces one of his most favoured opponents as Crystal Palace visit the Etihad Stadium with a record of five defeats and eight goals conceded.

In six Premier League appearances against Palace Silva has four goals and one assist, including a strike in last season's home 5-0 victory.

Only AFC Bournemouth (31) and Swansea City (29) have allowed more shots on target than Palace's 28.

Saturday's match is part of a kind short-term schedule for City and Silva.

Four of their next five matches score two in the Fixture Difficulty Rankings (FDR).

That, combined with a burst of 11 goals from their last two Gameweeks, has driven FPL managers to invest.

Since Aguero and Jesus demand premium FPL fees and competition for places in our forward lines remains fierce, Silva provides a cut-price route into Guardiola’s potent attack and more than 213,000 managers have acquired him ahead of Saturday’s 11:30 BST deadline.

Now part of 15.6% of squads, Silva's ownership and influence on Man City’s title charge looks set to increase over the coming Gameweeks.