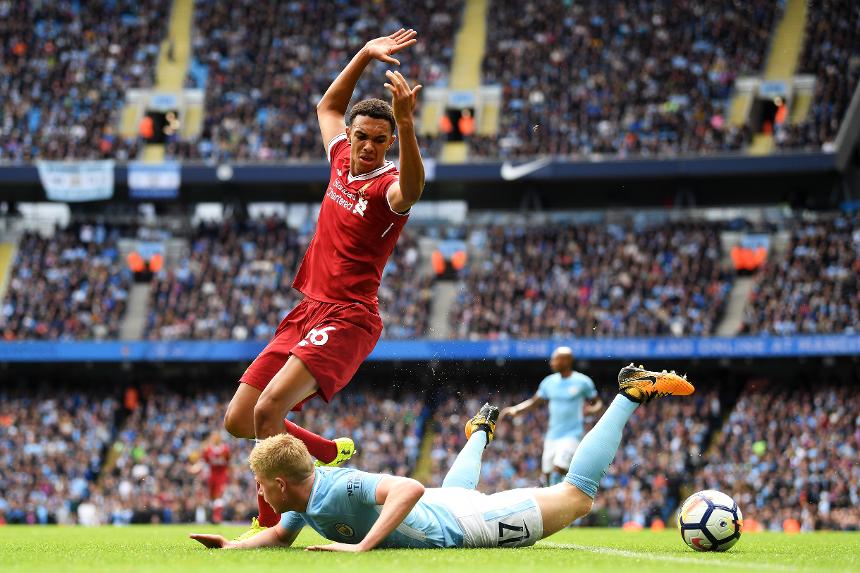 Klopp: Reds have a lot to learn from Man City defeat External Link

He begins with a potential Liverpool weakness for Burnley to expose at Anfield on Saturday.

Liverpool have kept a pair of clean sheets and conceded only one shot on target in their two Premier League matches at Anfield this season, but ahead of Burnley's visit I feel that defensive uncertainty still surrounds them.

Eight goals shipped on the road is of course one reason why question marks have been raised about the Reds' back four.

And Jurgen Klopp's unusually active rotation policy must also be considered a factor.

Four managers have not made a single alteration to the defence they began the season with, and the majority have switched fewer than three players.

Klopp, in comparison, has opted for 10 changes. Including the goalkeeper, he has used a different back five in every outing so far.

He replaced four defenders v Crystal Palace, another three for the visit of Arsenal, and followed that with three more changes at Manchester City last Saturday.

While Liverpool's involvement in the qualifying round of the UEFA Champions League may have influenced Klopp, it is never ideal to make sweeping changes in this department.

As we witnessed with the last two title winners, Chelsea and Leicester City, the retention of a regular defensive unit tends to improve solidity.

Defenders usually thrive better when they develop an understanding of what the player next to them is most likely to do, and those on-pitch relationships and intuitions are only built by game time and familiarity.

While rotating forwards is often seen as a useful way of keeping individuals fresh, most coaches prefer to make minimal disruptions at the opposite end of the field.

Aside from Simon Mignolet and Joel Matip, it is hard to tell who are the other members of Klopp's first-choice defence.

Joe Gomez and Trent Alexander-Arnold (right-back), Alberto Moreno and Andrew Robertson (left-back), and Dejan Lovren and Ragnar Klavan (centre-back) are all in competition.

Klopp needs a couple of these players to perform so outstandingly he can’t afford to leave them out.

Apart from their weakness at set-pieces, the most common problem Liverpool have suffered are gaps that have formed between their central defenders.

Goals from Sergio Aguero and Gabriel Jesus at Man City stemmed from passes that easily dissected the Reds down the middle, and at home to Crystal Palace they were fortunate that Christian Benteke missed a big chance after Klavan and Matip had been pulled apart.

At times the Liverpool defenders have not been on the same wavelength.

This area of frailty could be an area for Sean Dyche's Burnley to exploit on Saturday.

New signing Chris Wood has scored both of his goals for the Clarets on the back of runs in between and beyond defenders.

And with strike partner Sam Vokes exceptionally strong in the air, the Reds must ensure they provide cover from flicks.

Once Vokes wins the first header, the centre-backs have to anticipate Wood attempting to run in behind.

Klopp's side is blessed with a glittering array of midfield and attacking talent, but to become genuine title challengers, I believe they must develop a more regular back four or five.

Rotating so often in this area of the field is not a recipe for long-term success.