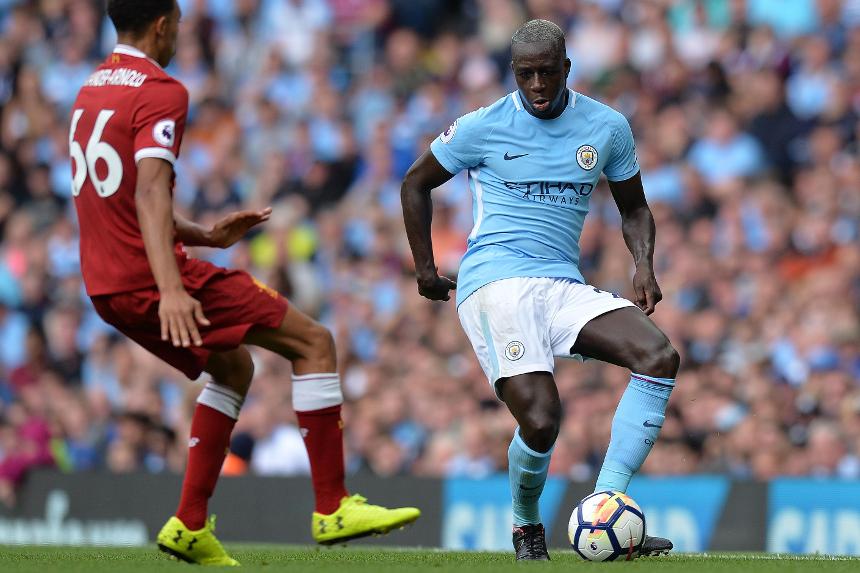 De Bruyne: We're not getting carried away External Link
Rotation could put Liverpool defence in a spin

Anyone who watched Benjamin Mendy in action for Monaco last season would have been excited to see him play in the Premier League.

So far the Frenchman has lived up to his billing as one of the world's most exciting and adventurous left-backs.

Two matches in and the marauding 23-year-old has already whipped 18 crosses into the penalty box from open play.

His trademark is to go on the outside of the opposition before fizzing, fierce low drives along the six-yard box. It's a tactic from which Leroy Sane scored against Liverpool last weekend.

Sometimes crossing statistics can be misleading but in Mendy's case they do not always do him justice.

He is not the type of player to float hopeful long crosses into the area from deep positions as a matter of course. Instead, the vast majority of his deliveries stem from dangerous advanced spots, where he is close enough to his target to pick them out.

As shown below, he is, by some distance, the most prolific final-third crosser in the Premier League.

Manchester City's summer signing is ideally suited to the wing-back role that Pep Guardiola has deployed him in.

While he did not look entirely comfortable with his off-the-ball positioning against Liverpool (something he must work on in the weeks to come) Mendy's willingness to hug the touchline and attack at will has given City a fresh dimension.

Last season Guardiola often used his full-backs as auxiliary central midfielders, tucking inside, but Mendy has been asked to play as wide as possible.

This frees up their attacking midfielders to get themselves into more frequent goalscoring positions inside.

Against Watford Mendy will likely be up against one of Daryl Janmaat or Kiko Femenia.

If the latter is fit to start, it could make for a fascinating athletic battle. The Spaniard is quick (he has clocked 35.12 km/h this term) but Mendy's relentless desire to push on will test his stamina.

City's wing-back is averaging a remarkable 80 sprints per match, which is the most of any PL player to have made at least one start.

While his defensive work will need to sharpen up, when it comes to physical prowess and creativity (he is creating two chances per match), Mendy is an outstanding attacking full-back.

His style has transformed the manner in which City fly forward.

Tomorrow Where Swansea must improve to hurt Spurs

Part 1: Rotation could leave Liverpool defence in a spin
Part 3: How Swansea can find their Abraham link