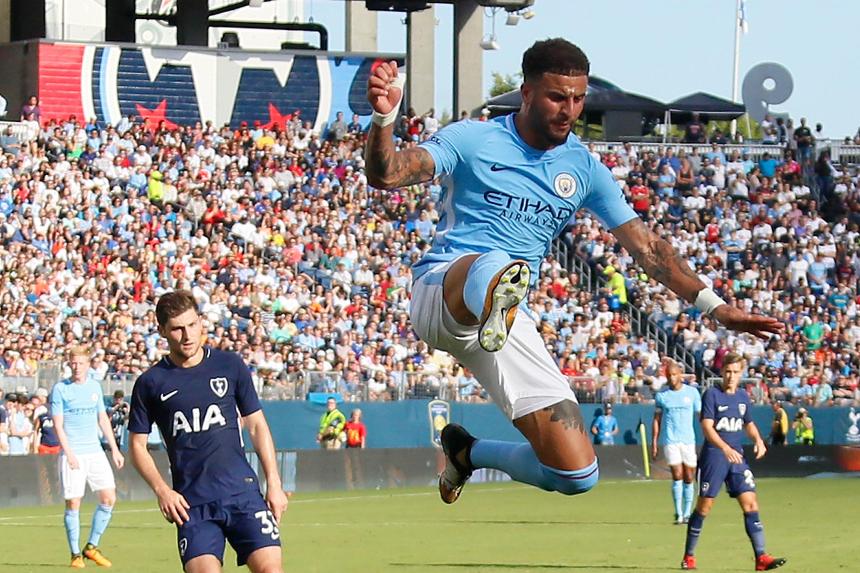 Adrian Clarke is analysing three clubs set for a dramatic change in style this season.

After looking at Javier Hernandez's impact on West Ham United and how Everton can fill a void up top, attentions turn to a different dynamic at Manchester City.

New full-backs Kyle Walker, Benjamin Mendy and Danilo will naturally alter the dynamics of his team. Their speed, power and attacking ambition down the flanks is certain to transform Man City’s style.

All three make things happen inside opposition territory. Between them they created 83 chances for their respective clubs last season, including a combined 12 league assists.

In comparison, the quartet they have replaced – Aleksandar Kolarov, Pablo Zabaleta, Bacary Sagna and Gael Clichy – conjured up 10 assists for City across the last two Premier League campaigns.

The 23-year-old’s willingness to drive forward will excite fans at the Etihad Stadium, who will also appreciate his ability to pick out forwards with accurate crosses.

Last season Guardiola used the four ageing full-backs he had inherited as auxiliary central defenders when he played with a back three.

He did not believe they had the athletic capabilities to shine at wing-back.

By stationing forward-minded wingers at wing-back instead, Man City did sometimes look vulnerable when out of possession.

This season that problem is solved.

The Spaniard now has three natural wing-backs, each of whom offer plenty with and without the ball. And it will afford him the chance to start three natural centre-backs behind them.

Within a back-four system Guardiola used his left and right-backs to prop up attacks from deep. This meant that very few overlapping runs were made.

Instead he asked his central attacking midfielders to drift wide to create overloads, and while that’s still an option he now has full-backs who specialise in flying forward on the outside.

The end result will mean opposition teams, beginning with Brighton & Hove Albion on Saturday, find it harder to predict the pattern of City’s attacks.

With so much pace going forward we should also expect Guardiola’s men to go from back to front a little quicker than they did for large passages of 2016/17. It is in their best interests to be direct.

Their rapidity from transitions and counters will be exceptionally tough to contain, and for the fans it should be exhilarating to watch.