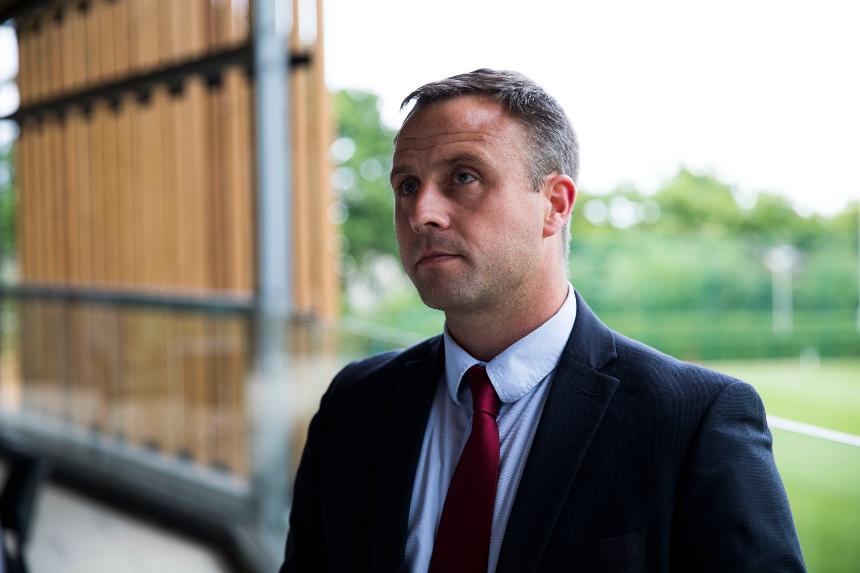 Football analysis has never been more comprehensive than it is right now.

It has filtered through to Premier League Academies too, where precious few stones are left unturned.

Category One Academy club Southampton have come up with a novel concept to make the most of it.

Lead foundation phase coach Lee Smith explains: “Rather than getting them to sit down and talk it through, we ask one or two players each week to go home and study certain clips from their last match that we’ve put together for them.

“The following Friday we’ll then mock up [Sky Sports'] ‘Friday Night Football’, and put them at the front of the group where they pretend to be presenters like Jamie Carragher and Gary Neville.

“With the younger ones (aged nine and 10) we encourage them to use their imagination, and to talk about their performances in that form, rather than being sat down and going through detailed analysis bit by bit.

“They don’t always have the attention span or patience for that, but they can imagine and try to be wannabe TV presenters, and they really enjoy it.”

"We’ll mock up Friday Night Football and put them at the front of the group where they pretend to be presenters like Jamie Carragher and Gary Neville. We encourage them to use their imagination"

Southampton’s unique choice of analytical homework at foundation level has been trialled for around 18 months now, receiving a positive response from the families.

“It’s had good returns in terms of players going away on their own, or with their parents, going through videos of their own team, deciding what’s good and what’s not so good, finding examples, and then having the confidence to present their findings to the rest of the group,” Smith continues.

“Because it’s peer to peer they are more comfortable challenging and discussing the ideas.

“Analysing clips of themselves and their mates can’t be easy, but there’s also a valuable skill in being able to present back to the others properly, without being too critical.

“I don’t know how we test if this has added to their knowledge base, but some of the information they give is great. Sometimes us coaches take a step back and think, ‘for a nine or 10-year-old kid, that’s impressive!’”

Lincoln, a graduate of the Premier League’s Elite Coach Apprenticeship Scheme, says: “One of the key things I’ve learned from ECAS is about the tramways of performance, where you look at areas individual players need to improve, alongside areas of excellence. If you show boys those clips side by side it highlights night and day the contrast. That can be really effective.

“On video we also regularly look at best-practice clips, both their own, or from the first team. Sometimes we work with units [defence, midfield or attack] on analysis, sometimes with individuals, and sometimes in a team session.

“We also look back on games based on the objectives we set beforehand, and review it that way.”

At Fulham, another Category One Academy, they’ve embraced technology.

Huw Jennings, the Academy director, explains: “We use a downloadable piece of software called ‘Hudl’ for our analysis, which has the capacity to hold a huge amount of footage.

“For us, Hudl is a match analysis platform. Not only do our players have access to their own footage on there, they also have access to footage of other games too. We like to get best practice scenarios in there too, so they can see how things should be done.

“At Fulham we operate under a principle of the ‘five moments of the game’. So we will pick out various key moments – such as an intelligent piece of defending – and then highlight their own play, next to some great examples from the football world for the players to view. We think the Huddle platform is great for that.”

Southampton’s Academy manager, Matt Hale (pictured top), speaking from The Milk Cup in Northern Ireland where he’s travelled with a team of players born in 2002, provides an insight of his own.

“After today’s game we will sit down with the analysts, look at the video, and cut things from the game. First thing tomorrow we will then debrief the players on certain moments they did well in, or look at things they could have done better.

“Technology like this is so much more of a support tool for the coaches now.”