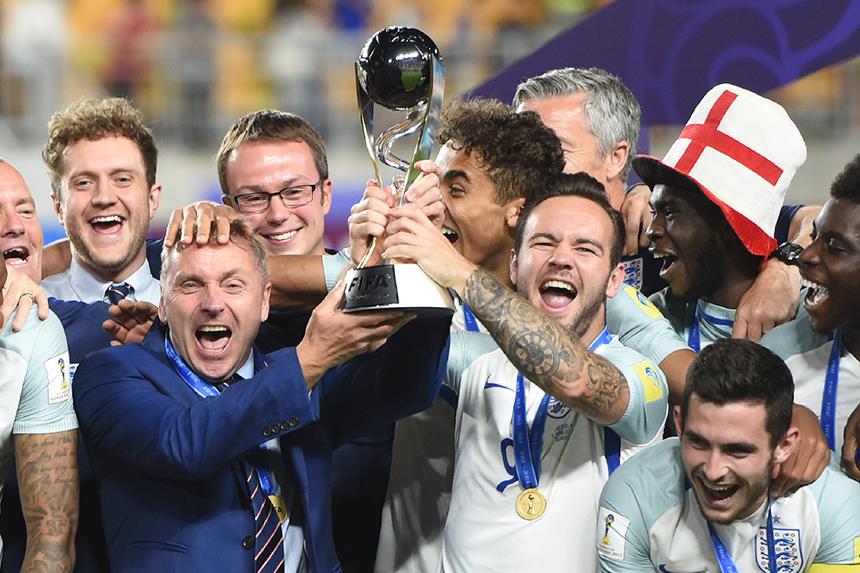 England are one step away from winning the UEFA Under-19 European Championship and the country’s second major tournament this summer. The man who inspired the first cannot recall a better time for English football at youth level.

Paul Simpson’s England team won the FIFA Under-20 World Cup in South Korea last month, the country’s first World Cup win at any level since the senior team’s triumph in 1966.

"In the past is we’ve had some really good squads of players but they haven’t actually got the results we would have expected," Simpson said. "And this year they’ve produced performances that have earned results.

"There’s a real feelgood factor about English football, and we’ve got to make sure we keep trying to improve it and keep making it as good as we can."

Simpson was speaking at the draw for the Checkatrade Trophy group stage, which pits Category One Academy teams against League One and League Two clubs.

"This gives the boys a really good opportunity to go and play in senior football against really competitive men who want to win, who need to win, and playing in front of crowds where it really matters," said the 50-year-old. "We want them to have that opportunity as much as possible.

"Just like this Checkatrade Trophy draw, we want to give players the best experiences and the most challenging experiences that we can, so playing in Euro finals, World finals, playing in men’s football as Under-23s, it’s got to be something that they’ll benefit from."