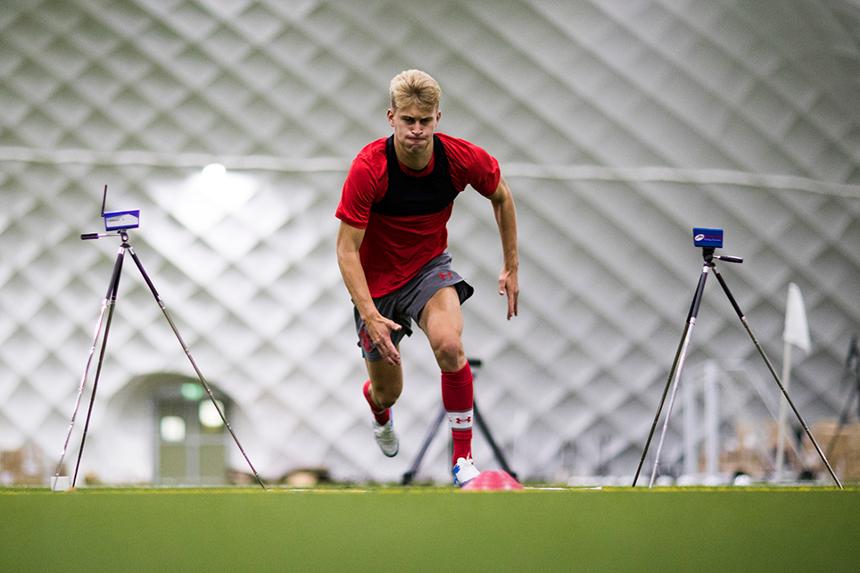 Southampton’s Under-23 and Under-18 squads may have just come had their summer break, but they could not rest of during their holidays after being handed a detailed training programme to follow before they started pre-season training on Thursday.

Each of the Saints youngsters received their training schedule on an app on their phone, so both they and their coaches could monitor their progress before they went through intense testing procedures to gauge their fitness levels, which occurred on their first day back.

After his pre-season testing, PL2 defender Ollie Cook told southamptonfc.com in the video below: “It looks like we all maintained ourselves really well over the summer, had a good holiday and come back fresh and ready to go to meet this challenge.

“We have all got very detailed programmes. It looks like everyone’s stuck to them well, which is a credit to us and a credit to the staff for giving them to us.”

Find out what #SaintsFC's Under-23 and Under-18 players got up to on their first day of pre-season testing: pic.twitter.com/b6XOPKTmC2

Tom Henson, lead Academy strength & conditioning coach, put them through their paces with a mixture of drills testing strength, power and aerobic fitness, pushing the players to the limit so they get maximum heart rates to base their pre-season schedule on.

“Particularly at the PDP phase, they’ve had an app and they’ve just had programmes that pop up,” Henson said. “It tells them when they’ve got to do a session, they fill it in and it’s got all their details on there.

“Everybody looks in more or less the same shape, so they’ve all at least had a good crack at the programme. And obviously I follow most of them on social media, so I can see who is and who isn’t!”