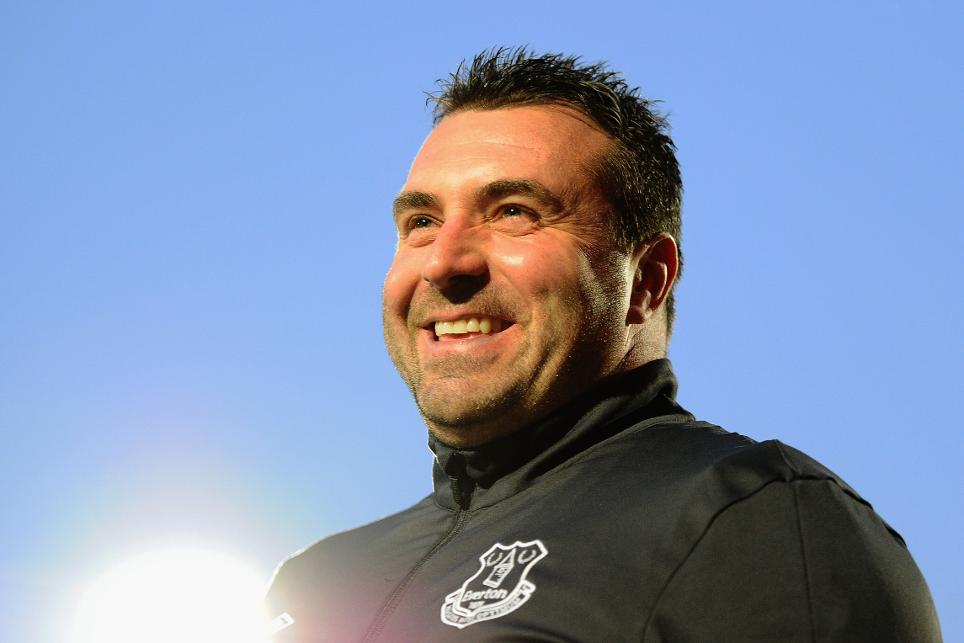 David Unsworth expects a strong challenge from the Premier League Academy teams in this season’s Checkatrade Trophy and is determined to lead his Everton team to the Wembley Stadium final.

A day out at the 90,000-seater national stadium is the incentive for 16 Under-21 sides from Category One Academies, as they compete with 48 senior League One and League Two teams.

Unsworth led Everton to the Premier League 2 title last season and, speaking at the group stage draw, said: "We are a massive advocate of this competition. It’s the opportunity to play against first-teams, to play where the result really matters, and to gain some profile.

"We want to win it. We want a day out at Wembley, we want to win the trophy. We won the league last year and I'm a firm believer you can win trophies and develop at the same time."

Alongside PL2 and the Checkatrade Trophy, Premier League Academy teams also compete in the Premier League Cup and Premier League International Cup, and Unsworth says it's the most exciting Games Programme for that age group yet.

"Premier League 2 last year was excellent, some great games," Unsworth said. "The fact we’re in the Checkatrade Trophy for the second year, it will be stronger this year, it will be better.

"We’re afforded the opportunity of playing outside the international breaks as well, so most Premier League Under-21 teams will be a lot stronger.

"What we want to do is give our young players the experience of playing totally different types of football, like the Checkatrade Trophy, Premier League 2. It all bodes well for them, playing a game every week, which is really important, young players playing every week."

Everton will compete against three League Two clubs in Group G of the Northern Section of the Checkatrade Trophy, Mansfield, Notts County and promoted Lincoln City.