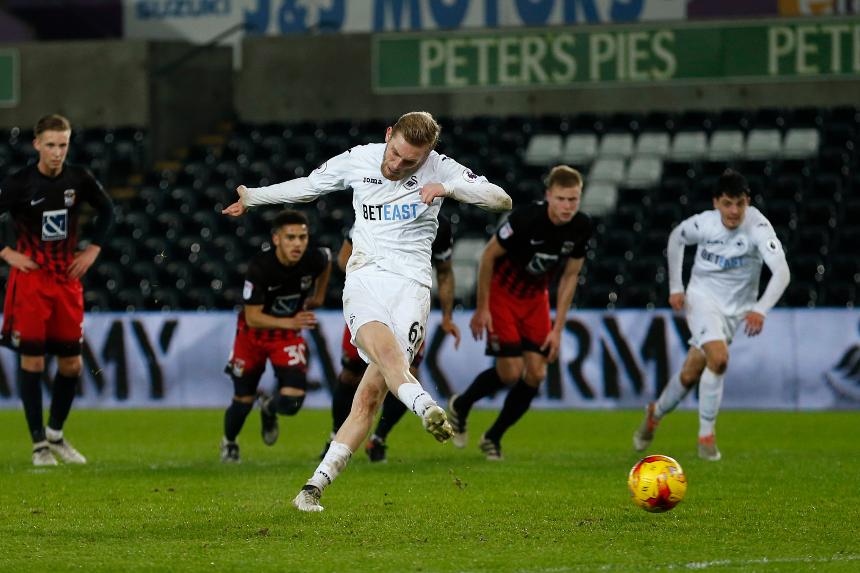 The Checkatrade Trophy will offer Premier League Academy players "the most exciting blend of competitions and games" ever, says Ged Roddy, the Premier League Director of Youth.

Speaking at group stage draw for ﻿the competition's second season, Roddy feels that with Manchester City, Tottenham Hotspur, Newcastle United and Fulham joining 12 other Category One Academies, the Checkatrade Trophy will complement a range of competitions that allow for home-grown players to showcase their burgeoning talent.

"We’ve gradually been building this over the last few seasons but it is the most exciting blend of competitions and games we’ve been able to produce," Roddy said.

"Players are still going to go out on loan and still going to find different ways to transition their careers from youth football into the professional game. In the end we don’t mind which route they take.

"But we’ve got to create as many opportunities as we can to enable those players to put themselves in the shop window and to demonstrate what they are capable of.

"The Checkatrade Trophy clearly enables them to do that."

The 16 Academy teams who were drawn alongside 48 clubs from League One and League Two must start six players under the age of 21 as of 30 June 2017.

For players at this of their development, Roddy sees the competition as providing an important physical test.

"Last year most of our clubs’ Under-21 teams started games really well and for an hour could dominate, but a lot of them, after an hour, found the physical strain challenging," said Roddy.

"It’s not saying our young players are any less fit than the seasoned pros, but it demonstrates that if you haven’t been exposed to that competitive, hostile environment, you’re burning up emotional, nervous energy, which is where the fatigue comes in.

"These are unique experiences for these players."

Last season Swansea City went furthest among the Cat One Academies, reaching the last eight, and Roddy believes the teams can make their mark again this season.

"Our clubs will be very competitive," he said. "Some will go deep in the competition. By the same score the EFL clubs will give everything they can to ensure they don’t proceed to the final so we’re in for some great games. I’m really looking forward to it.

"And any player who has the opportunity to play in a Wembley final will be licking their lips at that prospect, thinking, 'Why not?' "