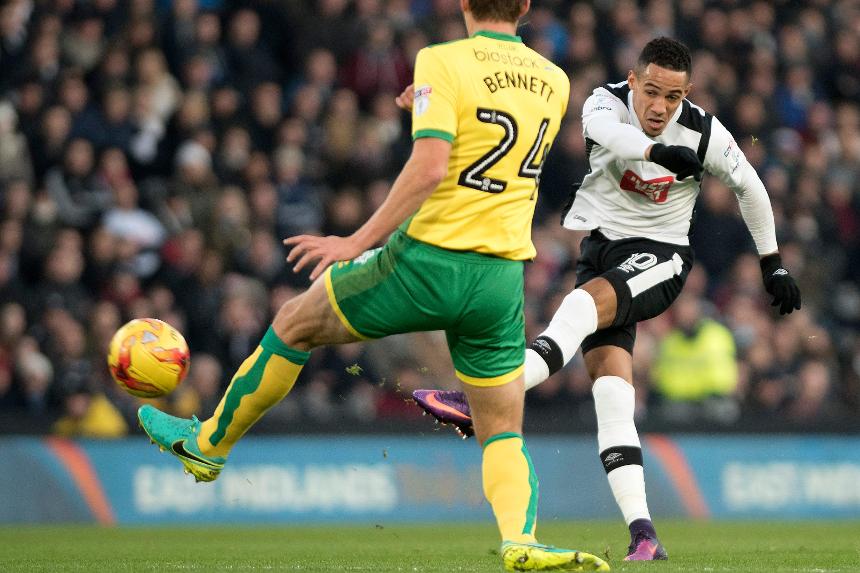 After a busy week of transfers for Huddersfield, The Scout analyses their FPL potential

Tom Ince joins the Terriers External Link
Depoitre can turn heads in Fantasy
FPL Draft: What you need to know

Huddersfield Town's busy summer transfer activity has given Fantasy Premier League managers an array of bargain options, ahead of the game's launch next week.

At £6.0m, Tom Ince is undoubtedly the top target.

Huddersfield scored only 56 goals last season, so Ince, who supplied 14 goals and six assists in 2016/17, will boost their goal potential.

Averaging a shot every 28 minutes, Ince's 129 efforts ranked second in the Championship.

He is creative, too, supplying a key pass every 51.5 minutes.

Back in the #PL again, @htafcdotcom's Tom Ince could be one to watch 👀 pic.twitter.com/tSnuNGaY74

Huddersfield have also added to their frontline with Steve Mounie, from Montpellier.

The club-record signing produced 14 goals and three assists in Ligue 1 in 2016/17, averaging a shot every 27 minutes.

At 6ft 3in, Mounie poses a major threat in the air.

The 293 headers he won last season is bettered only by Crystal Palace’s Christian Benteke (318) among FPL forwards.

Attacking midfielder Kasey Palmer will strengthen David Wagner’s options in the support role behind the striker.

The loanee from Chelsea produced four goals and three assists in 25 appearances for the Terriers last term.

But, Danny Williams, despite delivering four goals and one assist for Reading last season, is expected to have less of an FPL impact.

The American is likely to be handed a deep-lying midfield role in front of the back four.

After Huddersfield conceded 58 goals last season, with only 12 clean sheets, Wagner has added to his defence, bringing in Scott Malone and Mathias Jorgensen.

Jorgensen, a 6ft 3in centre-half, offers a threat in the opposition penalty area, scoring twice in last season’s UEFA Champions League for Copenhagen.

With that in mind, Ince and his fellow new signings demand careful attention over the pre-season.