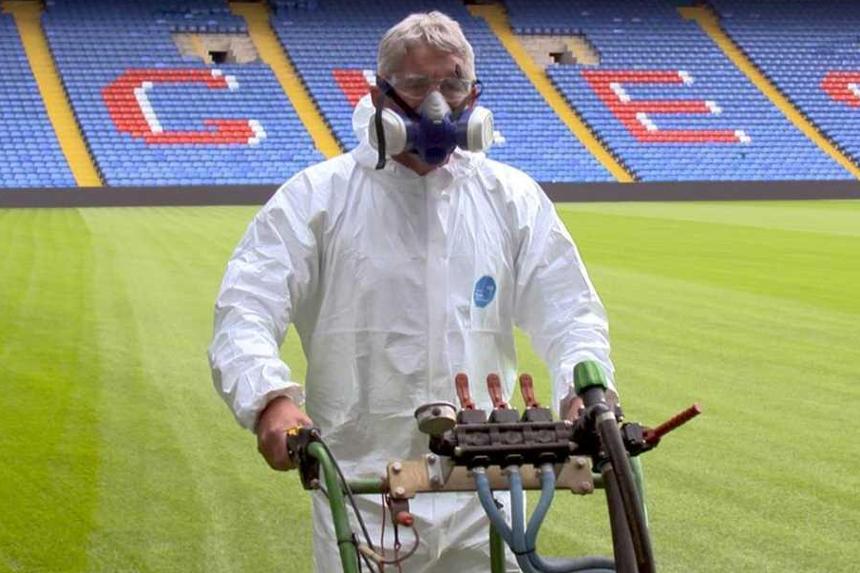 Why Do Players Wear These Bibs? External Link

How the Palace squad spent their summer External Link

When Crystal Palace take on Huddersfield Town on Saturday 12 August, the players may notice something unfamiliar in the air at Selhurst Park.

That’s because Palace have come up with an innovative way of dealing with a parasite problem on their pitch.

Bruce Elliott, the head groundsman, is spraying the turf with ultra-strong garlic, 100 times more pungent than kind you may have in your kitchen.

We've been using garlic to fight pests on the Selhurst Park pitch! pic.twitter.com/j2eVum6Peq

"We have a problem with nematodes, which are a microscopic, parasitic worm-like creature that live within the root zone,” Elliott explains in the video above.

"So we have to eradicate them, and one of the ways to do that is with garlic.”

The unconventional process, which will take three weeks, is expected to have solved the problem before Frank de Boer takes charge of his first Premier League match.

Whether the aroma will still be there remains to be seen, or smelt.