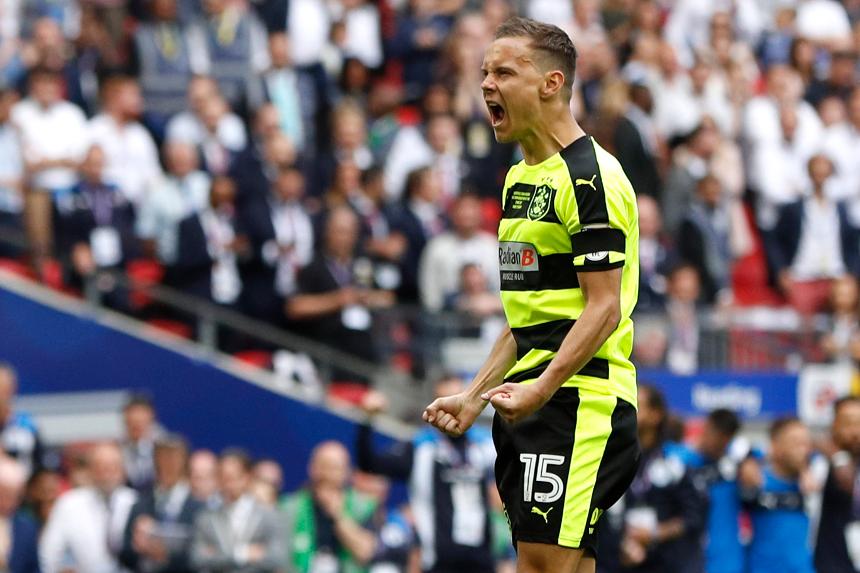 The Scout says Huddersfield, Newcastle and Brighton have promising starts as we prepare for new season of Fantasy

Fantasy Premier League bargain hunters have been handed a boost after all three promoted sides got promising fixtures over the opening Gameweeks.

New Premier League teams have traditionally been a source of value as FPL managers look to free up funds for big-price signings elsewhere, with Manchester United, Arsenal and Tottenham Hotspur the most likely targets for their early investment.

Huddersfield Town appear to be handed a smooth introduction to the Premier League.

They are one of only two sides, along with Man Utd, to avoid last season’s top six over their opening six Gameweeks.

But the summer transfer market is still in its early days, so FPL managers will likely avoid targeting certain players before FPL returns in the week commencing 10 July.

Wing-backs Chris Lowe, pictured top, and Tommy Smith will be among the Huddersfield players worthy of monitoring in pre-season.

Brighton start with a daunting home fixture against Manchester City, but their next five visitors to the Amex Stadium - West Bromwich Albion, Newcastle, Everton, Southampton and Stoke City﻿ - offer an opportunity for FPL points.

Newcastle's strong away form proved vital in the Championship last season, and manager Rafael Benitez can look forward to early trips to Huddersfield, Swansea City, Brighton, Southampton and Burnley over the opening 10 Gameweeks.

Cut-price goalkeepers and defenders, such as Brighton's Lewis Dunk, could offer strong points-per-million value among the three promoted squads.

But summer dealings could also prompt FPL managers to consider attacking options for their fifth midfield and third forward slots.