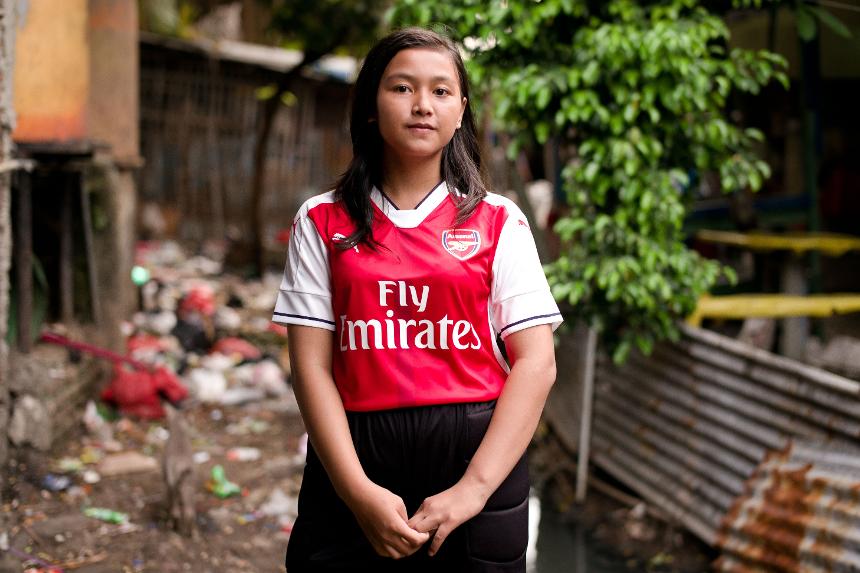 For Gita, life took a bleak turn when she was evicted from her home and forced to live under a motorway in Jakarta.

Along with her mother, father and younger sister, she had to endure noisy, cramped conditions in the urban slums of the Indonesian capital, while also having to share a public toilet with her neighbours.

However, Gita, 13, was given the chance to forget about her many daily hardships when she joined the new Save the Children football programme, which has been developed and funded in partnership with the Arsenal Foundation.

“In the beginning my mother didn’t let me join the football team because she said it’s a male activity,” says Gita. “A girl like me should stay at home and do kitchen things instead.

“But after a while, my parents agreed I should join.”

Watch how Gita has been helped by The Arsenal Foundation

The project, which encourages children to build confidence and teamwork, has allowed Gita to embrace her love of football, with new, clean, safe pitches, away from the difficult circumstances no child should ever have to endure.

“I was the first girl to join the project, but now I’ve convinced my friends to join the girls’ football team and they love it as much as I do," she says.

“It’s different from any other activity that I have ever done. Here we get football coaching-clinics as well as soft-skills classes.

“I’m so happy to be part of the football team and I feel honoured to be supported by Arsenal and Save the Children.