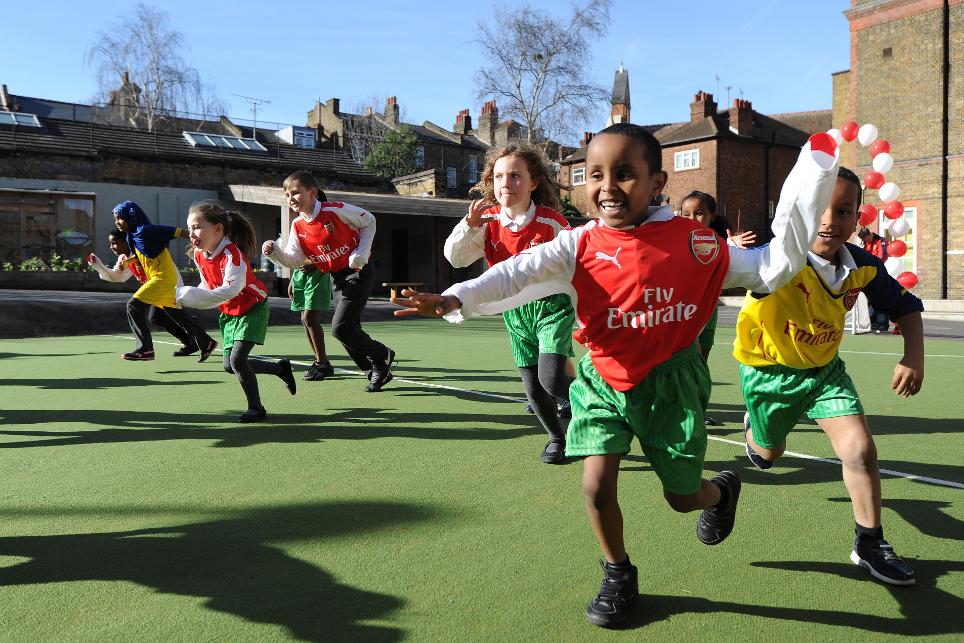 Nigel Winterburn enjoyed being reunited with former team-mates when the Arsenal Legends took on AC Milan in September and the Gunners legend saw the rewards from the money raised by the match at a school near to Emirates Stadium.

Hargrave Park School, Islington, has had a new all-weather astroturf pitch built with funds from the match. As well as being able to use it during play-time pupils at the primary school will enjoy coaching from Arsenal in the Community, says Alan Sefton, the head of community.

The £1million raised for The Arsenal Foundation from the Milan match is being used to build similar pitches for other schools and community groups across north London, as well as new playing surfaces for children in Somalia and Jordan with Arsenal’s global charity partner Save the Children.

“The kids at Hargrave School were playing on a bumpy and uneven surface before, and now they’ve got a brand new astroturf surface to have fun on and play,” Winterburn said after joining a small-sided match on the new pitch, along with Gunnersaurus, the club mascot.

"Arsenal always believed in being part of the community when I was playing and it’s great to see that’s the case today. It’s fantastic and I’m proud to have played my small part in contributing to it."

The Arsenal Foundation’s relationship with Save the Children has meant it has also committed a donation of £50,000 to help support the fight against the looming famine in East Africa and it is encouraging their fans to join them and donate to the crisis.