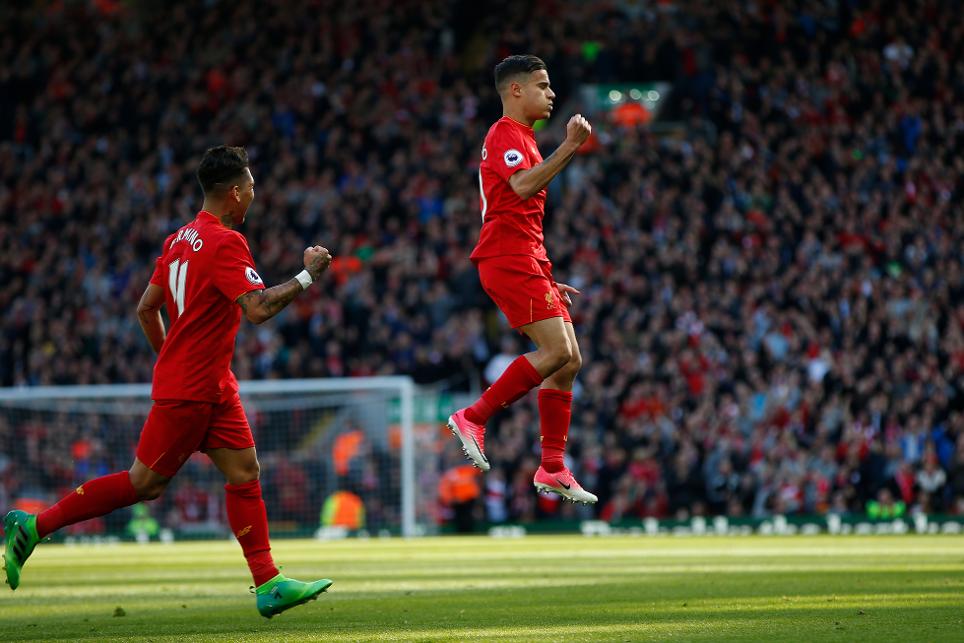 Liverpool playmaker Philippe Coutinho (£8.6m) is among a host of convincing armband options on offer to Fantasy Premier League managers for the final Gameweek of the 2016/17 season.

Subject to more transfers in (150,000+) than any player ahead of Sunday's fixtures, the Brazilian thrived in a new midfield diamond system at West Ham United last weekend, producing 19 points.

With the Reds looking to clinch a place in next term's UEFA Champions League, Coutinho now entertains a Middlesbrough side who have conceded at least three times in their last trio of road trips.

Similar to Coutinho, Harry Kane (£11.8m) and Alexis Sanchez (£11.6m) approach Gameweek 38 on the back of their best points tallies of the season.

But the Toffees striker has struggled for form and failed to score in his previous four ahead of a testing trip to Arsenal.

Meanwhile, Arsenal's Sanchez sits three goals behind Kane and is seeking a fourth successive double-digit haul to cement his status as the top scoring player in FPL.

Owned by only 3% of FPL managers, Olivier Giroud (£8.1m) could prove an overlooked alternative.

The Arsenal frontman hit a hat-trick on the final day of 2015/16 and has stepped up his end-of-season output, registering three goals and an assist in his last three appearances.

Jesus has registered six goals and three assists in seven Gameweek starts to earn 76,000+ transfers in - more than any FPL forward since last Friday's deadline.

De Bruyne offers an explosive alternative, with three double-figure returns in six appearances, while the consistent Aguero has scored or assisted in nine of his last 11 Gameweek starts.

Hazard has scored more goals (11)at home than any FPL midfielder, while Costa has supplied 22 points in his previous pair of home appearances.

But FPL managers are wary over the duo's pitch time after Antonio Conte made nine changes to his first XI for the Gameweek 37 meeting with Watford.

Indeed, Hazard (67,000+) and Costa (87,000+) rank top among the most sold midfielders and forwards respectively ahead of Sunday's 2pm BST deadline.