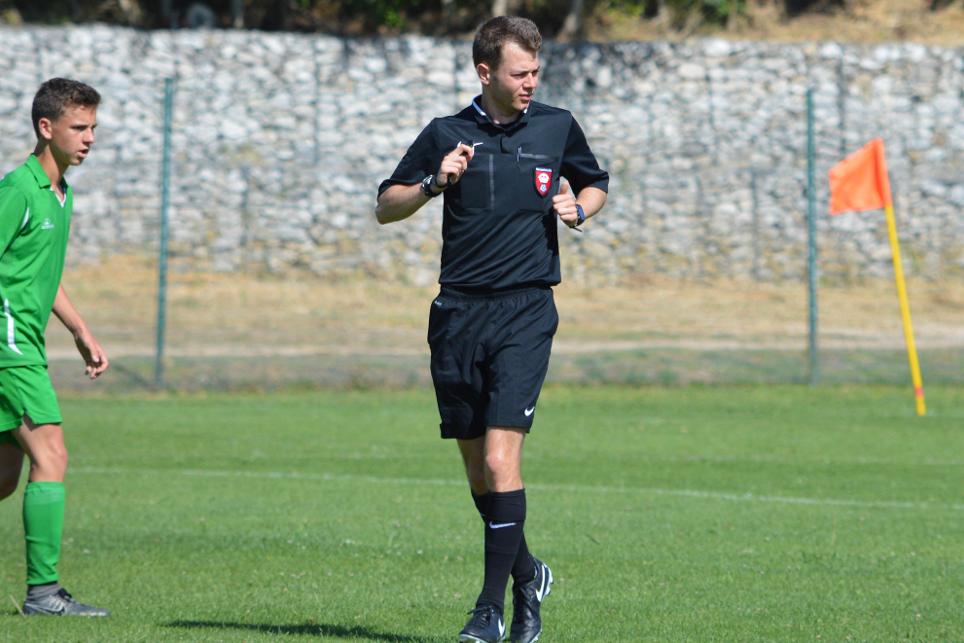 Referee development officer on how Premier League-backed event helped him

'Raise Your Game played a massive role in my career'
Powell: We must help young people find route in life

West Brom fixture dedicated to Kick It Out External Link

As an amateur referee studying Sport Development and Coaching at university, Andrew Bailey was naturally eyeing a career in football.

But he was unsure which avenue to pursue and sought guidance from professionals inside the game, attending the annual Raise Your Game event in 2014 and 2015.

Organised by Kick It Out, the free conference enables young people to get one-to-one careers advice from mentors who work in all areas of the sports industry.

"It was great to get some insight into different areas of football which I didn't know anything about beforehand, so I could start to pinpoint where I wanted to get to and how I could get there.

"You see faces that you see on TV, people like Henry Winter and Owen Gibson in terms of journalism.

"Then, alongside that, meeting the FA's refereeing manager (Ian Blanchard) helped to give me a sense of direction in terms of how to develop further within that field."

Last July Andrew was given a full-time role as a referee development officer with Hampshire FA. The 21-year-old believes the Raise Your Game events helped him to secure the job.

"The conversations I was having with Ian in 2014 were about how I could progress as a tutor, as a coach and progress my involvement in refereeing in a voluntary capacity," he says.

"All of those experiences I utilised when applying for the job and in the interview.

"I know I wouldn't be as well-positioned in my job if I hadn't come to Raise Your Game. I can see the benefits in my role

"It's also helped with the networking side. In that first year I had a chat with Paul McCarthy, a journalist.

"Last year I sent him an email and he came and was a guest speaker at one of our local referee meetings. The value of coming to these events is massive and long term."

Andrew volunteered to be a mentor himself when the seventh annual Raise Your Game conference was held at Arsenal's Emirates Stadium this year, with over 300 young people having access to 90 professionals.

"I felt I wanted to give something back to the event and also to help other people, because it was only three years ago that I was in their position," he says.

"Now I'm on the other side of the table. Hopefully, that's inspiring for some of the young lads and girls.

"It's great to see the same questions are coming out, to see little Andrews floating about who in a few years' time will be wanting to get jobs in football.

"It's also great to see so many people from so many different backgrounds, male and female."

The latest edition of the Raise Your Game event was funded by the Premier League and supported by the FA, which Andrew feels is important.

"You can see the big stakeholders in the game are taking it seriously and want to make football inclusive for all," he says. "Hampshire FA are demonstrating that they are serious about inclusion through their media partnership with Kick it Out.

"It's only by running these events, breaking down barriers for everyone and providing everyone with opportunities, that we're going to see a more inclusive game moving forward everywhere."

Kick It Out will be hosting a women’s Raise Your Game event, supported by the Premier League, at Manchester City's Etihad Stadium on 8 June, click here to sign up.