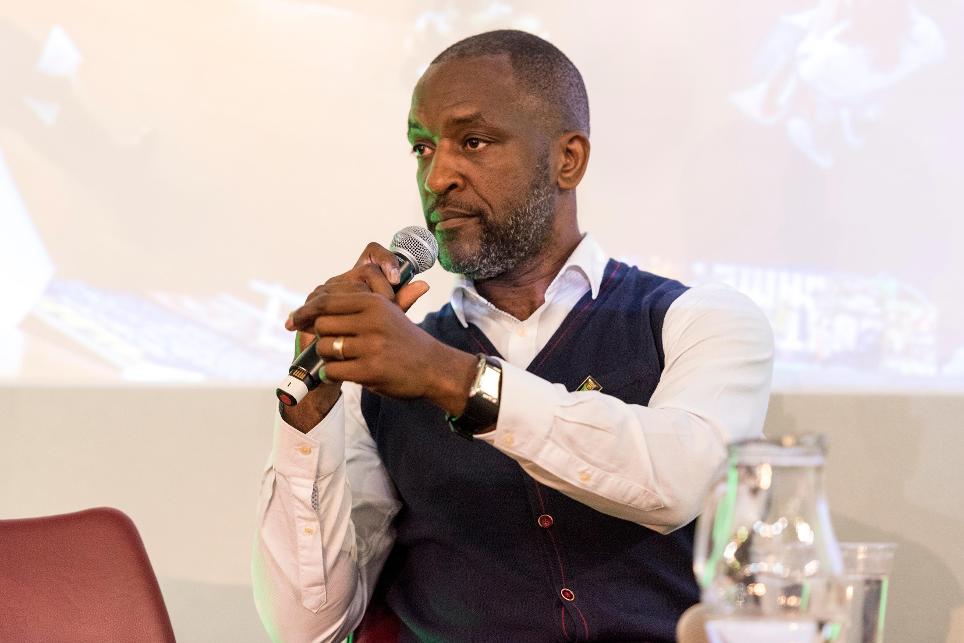 Ben attends Kick It Out workshop at the Lane External Link

Academy welcome Kick It Out for staff workshop External Link

Chris Powell enjoyed a long career as a player and a manager but he was originally planning to go to matches in a different capacity.

"When I was 16, before I signed for Crystal Palace, I wanted to go to college to do sports writing, sports journalism," he says.

For Chris, it is important for football enthusiasts – both current professionals and aspiring ones – to be aware that there are a host of different roles in the industry.

That was one of his key messages when he met youngsters and discussed their futures at the seventh annual Raise Your Game event.

Organised by Kick It Out, funded by the Premier League and held at Arsenal's Emirates Stadium, the free conference enabled over 300 young people to have one-to-one sessions and get career advice from 90 mentors, including coaches Chris Ramsey and Kenny Jackett, journalist Henry Winter, referee Lucy Oliver and therapist Sharon Heidaripour.

"[Young people are] bombarded with questions: 'What are you going to do? What do you want to do when you leave school?' Youngsters find that hard sometimes and it's up to us, the older generation, to help them along the way," Chris says.

"It's important that we make sure they do their best to broaden their horizons in this industry. It's bigger than people think. There are roles out there for each and every one of those youngsters.

"I wanted them to know that I've lived it. I've been 16 and wondered 'what's my route in life?'. I'm very fortunate but actually I was planning for another career. Hopefully, they will take that with them and do something about it.

"We've got to recognise they're the ones who will be in employment in 20 years' time, when I'm long retired, so we have a duty of care to prepare them for the future."

Chris also feels it is vital young people are able to cope with setbacks and do not allow them to crush their dreams.

"I understand it's not easy," he says. "I understand that people think there's not enough black coaches and managers but if there are some you want to keep them.

"We get rejection from interviews. That's going to continue to happen, but what I want is for people not to give up, and carry on; to be more enthused by days like this, enthused by my journey; to recognise that their journey will be tough, but carry on."

"There's that draw that the Premier League are involved," he says. "They're actually showing that the clubs and these governing bodies want to help; that they want to be involved and inspire the next generation, to say 'OK, get on the ladder and do your best to climb up it.'"