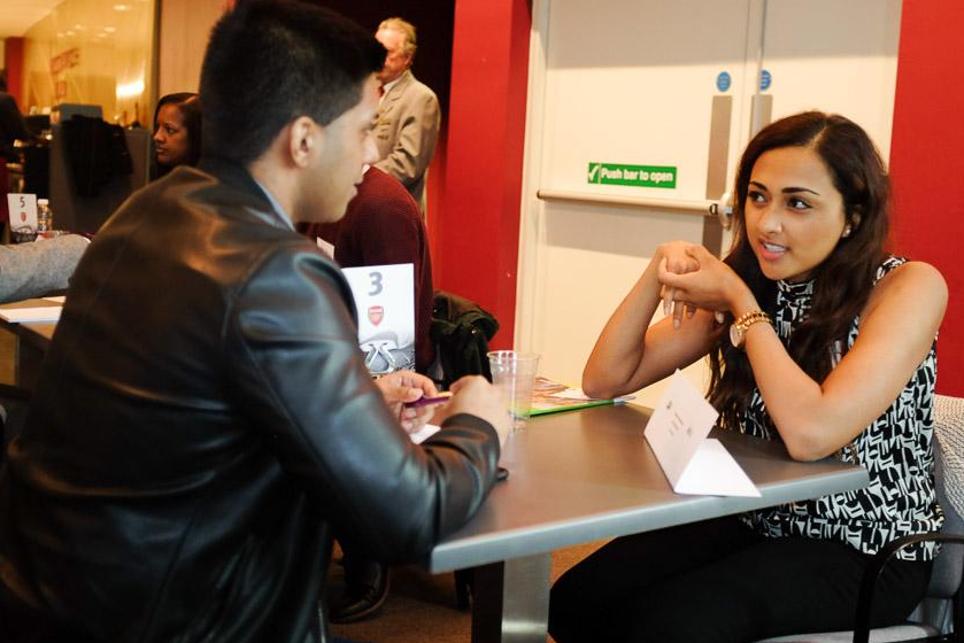 Powell: We must help young people find route in life

West Brom fixture dedicated to Kick It Out External Link

Although she had trained to become a lawyer, Nemesha Balasundaram decided to make an early career change and become a sports journalist.

"It was quite a hard decision because I went back to that young mentality of 'I'm unpaid, and I'm going to have to intern to work my way up'," she says.

Nemesha was given a work experience placement with The Irish Post newspaper but felt she needed guidance about how to progress. In 2014 she went to the Raise Your Game event at Wembley Stadium.

Organised by Kick It Out, the free conference enables young people to get one-to-one careers advice from mentors who work in all areas of the sports industry.

"I had no friends in the field," says Nemesha. "I really wanted to find somewhere where I could talk to people who could understand what I was doing or where I was coming from.

"I wanted to ask someone for an opinion: 'Am I doing this right? What do I do now?'

"The two I remember most, I spoke to Dharmesh [Sheth] and Warren Haughton. It was a really important day for me, it gave me confidence.

"Dharmesh was at Sky Sports News, Warren was at talkSPORT. It's what I wanted to do, it's where I wanted to go, so it's almost like I could visualise my goal. I could see it physically sitting on the other side of the table. They gave me some great advice.

"It was like they believed in what I was saying, and they encouraged me to pursue my dreams. To get that validation from people in the industry who know what they're talking about, that was really important."

Nemesha spent another two years working her way up at The Irish Post and gaining journalism qualifications before landing her dream job as a sub-editor at Sky Sports News.

"There's always a buzz, it's so fast-paced," she says. "The people are amazing, there are so many opportunities to progress. It's exciting to go into work and watch sport most of the day. Who doesn't want to do that?"

Three years after her trip to Wembley, Nemesha has become a mentor herself at the Raise Your Game conference.

Funded by the Premier League, the seventh annual event was held at Arsenal's Emirates Stadium, where over 300 young people spoke to 90 professionals like Nemesha. She is keen to pass on the advice she benefited from herself.

"It played a massive role for me," she says. "Raise Your Game is a very empowering day.

"Not only is it trying to promote awareness for diversity in the game, both ethnicity and gender, but also it brings it all down to the crux: we're all here trying to achieve the same thing, to progress in our careers, learn from each other and build that network.

"If I can even share one thing that I've learned with someone else then I'd consider that a successful day, because I didn't have mentors when I was starting in the industry.

"To have that Premier League backing is a massive step. It's a national body backing a massive issue in sport and giving young people like myself encouragement to pursue our goals."