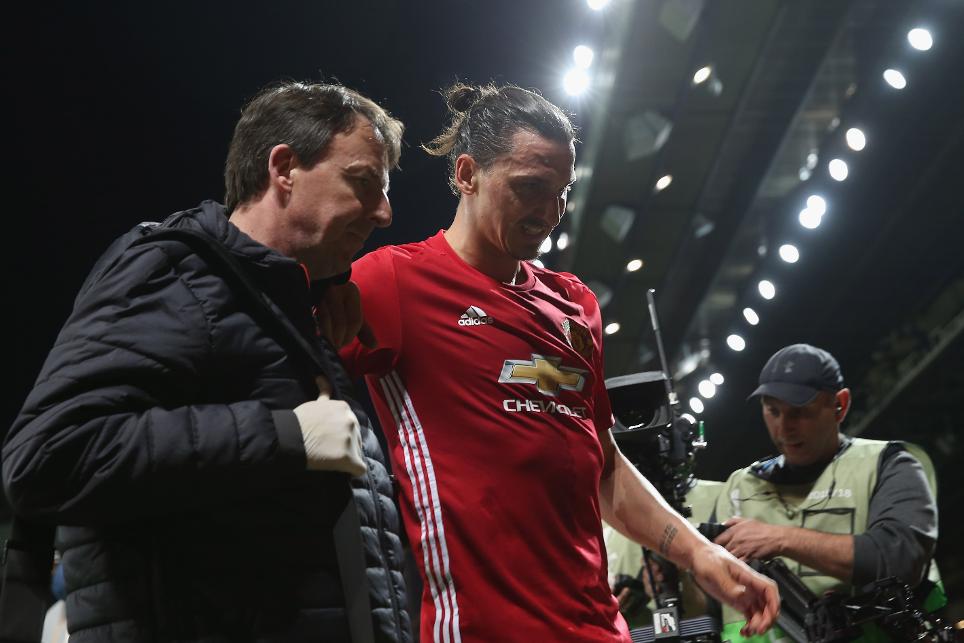 Update on Rojo and Zlatan External Link
FPL Show: 'Barkley or Mirallas would be in my team'

Fantasy Premier League managers are quickly reassessing their options for Manchester United’s pair of Gameweek 34 fixtures, with major concerns over the availability of Zlatan Ibrahimovic (£11.4m).

The striker limped out of Thursday's UEFA Europa League win over Anderlecht with a knee injury, placing a major doubt over his availability for the Red Devils’ back-to-back matches at Burnley and Manchester City.

Read the post-match thoughts of Jose Mourinho, including his reaction to Rojo and Ibrahimovic's injuries: https://t.co/ch4Q7bUj9S pic.twitter.com/Tq72lPnmKp

Owned by more than 30% of FPL managers, Ibrahimovic was the No 1 transfer target for Gameweek 34 prior to last night's tie, with 82,000+ acquiring his services.

In total, over 121,000 FPL managers have acquired Rashford following a run of form that has produced three goals in his last four appearances in all competitions.

However, it is uncertain whether he will be handed successive starts over Man Utd's Double Gameweek, considering he played 120 minutes in last night’s 2-1 extra-time win.

Wayne Rooney (£8.6m) returned to the bench and will be pushing for a place on manager Jose Mourinho’s teamsheet at Turf Moor on Sunday afternoon.

Mourinho also has concerns in defence after Marcos Rojo (£5.2m) was forced off in the first half against Anderlecht.

With Phil Jones (£4.5m) and Chris Smalling (£5.8m) still sidelined through injury, Daley Blind (£5.2m) could be fielded alongside Eric Bailly (£5.4m) at centre-half should Rojo miss out.

Mourinho’s side head into Gameweek 34 with the best away record in the Premier League in terms of goals conceded. They have shipped only 13 goals in 14 road trips and this could promote Blind as a potential differential option for FPL managers.

Having booked a place in the semi-finals of the UEFA Europa League, Man Utd will now face a first-leg tie at Celta Vigo on 4 May, just three days before a Gameweek 36 trip to Arsenal.

The second leg at Old Trafford falls on 11 May, three days prior to the first match of their Double Gameweek 37 at Tottenham Hotspur.

While the extra fixtures will likely promote further FPL interest in Rashford, we should prepare for further rotation over the run-in as Mourinho seeks to navigate a busy schedule.