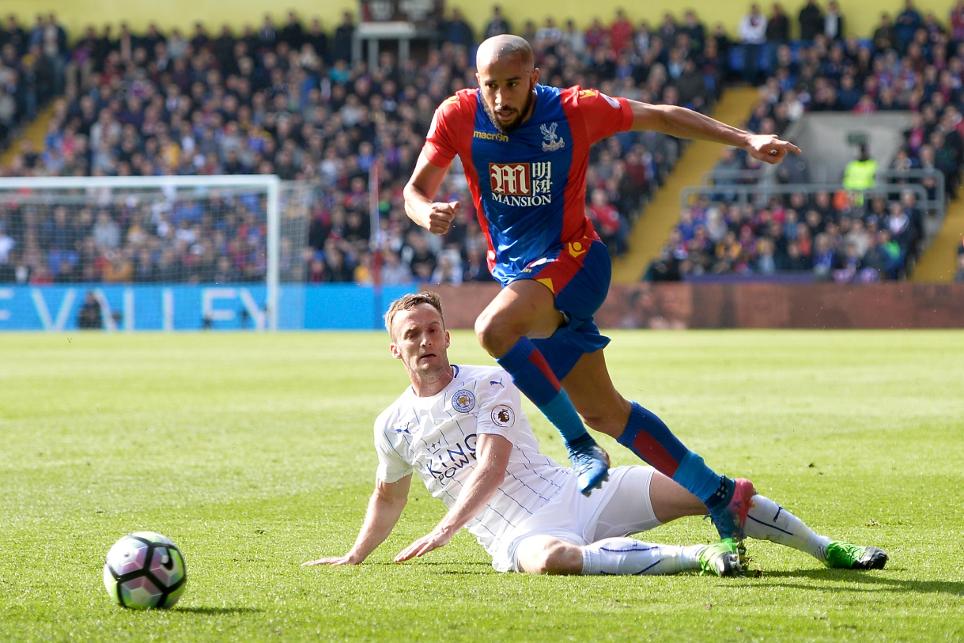 Yohan Cabaye (£5.6m), who prompted the Crystal Palace comeback with their first goal, tallied 30 in the BPS to secure two bonus points.

Robert Huth (£4.9m) opened the scoring for Leicester at Selhurst Park and picked up the final bonus point, registering 14 clearances, blocks and interceptions (CBI), along with six recoveries to score 28 in the BPS.

Christian Benteke (£7.2m) was edged out of the bonus points despite his equaliser. He totalled 26 in the BPS after being tackled on four occasions and missing the target with two shots.

With a total of 18.1, Benteke was the clear top performer in the ICT Index.

His Threat tally of 119 was the highest of any player across the first nine matches of Gameweek 33. The Belgian produced five close-range efforts and 14 touches in the opposition box.

Andros Townsend (£5.8m) ranked next in the Index at Selhurst Park with a score of 12.0.

The Palace winger top-scored for Creativity with a tally of 59, having supplied 14 crosses and created four chances.

Both Benteke and Wilfried Zaha (£6.0m) were among the top transfer targets ahead of Saturday's deadline, with FPL managers stocking up on Palace assets ahead of their two fixtures in Gameweek 34.

While Zaha delivered a blank, Benteke rewarded his 72,000 new owners with six points, scoring his third goal from his last four Gameweek starts.

But Zaha remains the key target ahead of matches with Liverpool (A) and Tottenham Hotspur (H). He ranks fourth for transfers in, with Spurs' Son Hueng-min (£7.2m) the only midfielder to attract more new owners.

Townsend has produced a goal and three assists in his last three Gameweek starts and, with just 2.2% ownership, provides a differential option in the Palace attack.

At the back, Sam Allardyce’s side will be without Mamadou Sakho (£4.8m) for the trip to Anfield as the on-loan defender is ineligible to face his parent club.

For Leicester, Vardy’s goal means he has produced attacking returns in each of his last seven Gameweek starts.

The Foxes face a trip to Arsenal in Gameweek 34, with the striker still losing ownership as FPL managers switch to alternatives up front.

More than 13,000 have sold Vardy since Saturday's deadline. Only Diego Costa (£10.3m), of Chelsea, and Sunderland's Jermain Defoe (£7.6m) have suffered more sales.