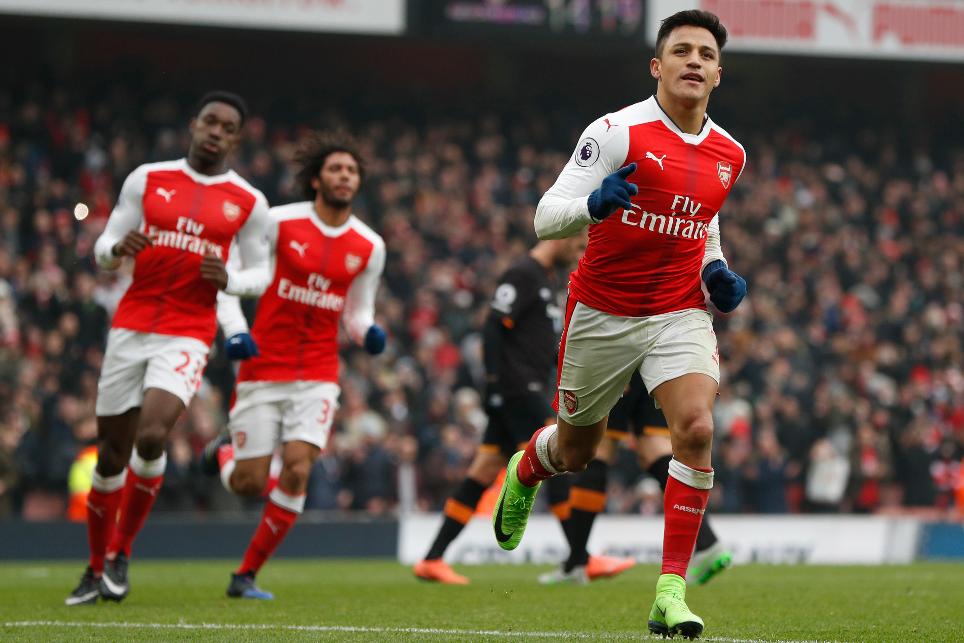 Arsenal are one of two teams to play twice in Gameweeks 36 and 37, ensuring Alexis Sanchez remains in our plans

Rescheduled matches for April and May confirmed

Today’s announcement of rescheduled fixtures is set to have a significant impact on the plans of Fantasy Premier League managers for the season run-in.

Arsenal and Southampton are the only two teams to provide two fixtures in Gameweek 36 after their initial meeting, postponed for the EFL Cup final, was moved to Wednesday 10 May.

Southampton will travel to Liverpool in the first of their Double Gameweek 36 matches, while Arsenal host Manchester United before the trip to St Mary's Stadium.

Meanwhile, there are 10 teams with two fixtures in Gameweek 37.

SCOUT: Given 10 teams have 2 fixtures in GW3️⃣7️⃣, this is an opportunity for #FPL managers still holding the Bench Boost chip to exploit pic.twitter.com/YUDciiEsL6

Chelsea’s home match with Watford has been moved to Monday 15 May, which has a significant bearing on the Gameweek 37 deadline.

To accommodate that fixture, Chelsea's trip to West Bromwich Albion, as well as Watford’s visit to Everton, have both been switched to the evening of Friday 12 May.

Arsenal’s home encounter against Sunderland and Manchester City’s match with West Brom will both take place on Tuesday 16 May.

The Gunners visit Stoke City before that Sunderland fixture, while Pep Guardiola’s side entertain Leicester City.

With consecutive Double Gameweeks in 36 and 37, interest in Alexis Sanchez (£11.6m), the top-scoring FPL asset, will remain strong, despite the Chilean's one goal and one assist in his last five outings.

As the only side with two home matches in Gameweek 37, Man City are also set to catch the interest of FPL managers.

Sergio Aguero (£12.8m) has scored in four successive Gameweek appearances but, over the final rounds of matches, his position leading the City attack could come under threat from Gabriel Jesus (£8.7m), as the Brazilian closes in on a return to full training.

Southampton’s match with Manchester United has been switched to Wednesday 17 May.

Like Arsenal, Southampton will offer FPL managers consecutive Double Gameweeks, with the fitness of forward Manolo Gabbiadini (£6.5m), currently sidelined with a groin problem, set to be keenly monitored by FPL managers.

With a Double Gameweek 34 also on the agenda for Man Utd, striker Zlatan Ibrahimovic (£11.4m) is poised for a boom in ownership that could be extended  through to the season climax.