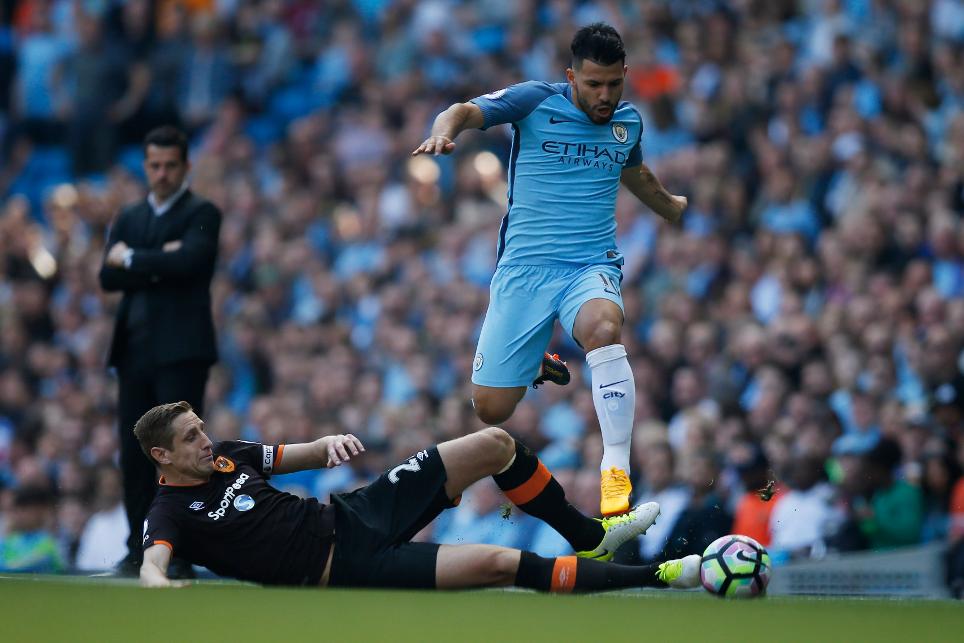 Despite scoring in five of his last six Gameweeks, Man City striker is among several strikers vying for attention

Both tallied 37 in the Bonus Points System (BPS), with Aguero scoring the hosts’ second, and winning, goal on Saturday afternoon.

The Argentinian also created four scoring opportunities, though his BPS tally suffered as he missed the target with three shots and was tackled on two occasions.

Navas earned three bonus points for the second time in three Gameweeks thanks to a busy performance in his new role at right-back.

Raheem Sterling (£7.6m) was awarded a single bonus point, with 36 in the BPS, after providing a pair of assists against the Tigers.

The winger produced a total of four key passes and made four recoveries, along with three successful tackles and four completed dribbles.

Sterling claimed top spot in the ICT Index, thanks mainly to a Creativity score of 62 – his highest of the season.

A pair of assists marked the winger’s first returns since the opening match of City’s Double Gameweek 27, while he also produced two of three shots on goal from inside the Hull penalty box.

Recording five touches inside the box, four of his five shots on goal arrived from close range; joint-top with Tottenham Hotspur’s Son Heung-min (£7.1m) over the weekend’s nine matches.

Having found the net in five of his last six Gameweeks and with 10 goals in as many matches in all competitions, Aguero is enjoying his most prolific spell of the season.

But only just over 4,000 managers have transferred him in ahead of a Gameweek 33 trip to Southampton, as the competition for places in our three-man frontlines intensifies.

In spite of his improved output, Aguero – the second-most popular captaincy pick for Gameweek 32 – has struggled to provide big tallies, failing to produce double-figures in each of his last 14 Gameweek appearances.

Sold by more than 39,000 FPL managers ahead of the previous deadline, Sterling has 14 assists this term – only Spurs' Christian Eriksen (£8.8m), with 15, has managed more.

Nonetheless, with only three starts in the last five Gameweeks, his pitch-time remains in question should head coach Pep Guardiola rotate his midfield over the run-in.

For Hull, Andrea Ranocchia (£4.5m) grabbed a late consolation to maintain his fine form since arriving on loan during the January transfer window.

The centre-back has produced two goals and an assist in nine starts under head coach Marco Silva.