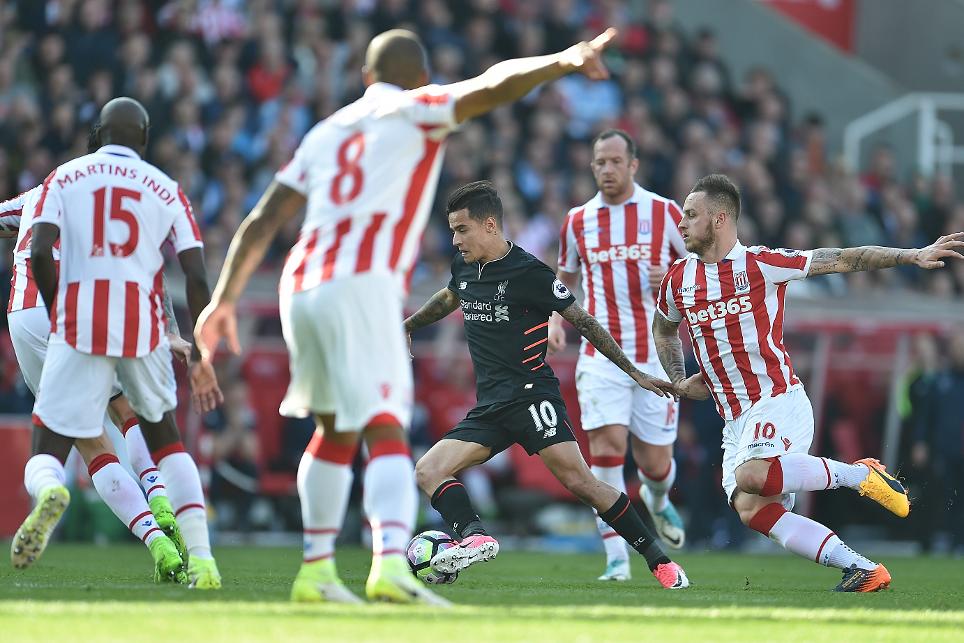 With three goals in as many Gameweeks, the Liverpool midfielder is luring back FPL managers after recent sales

In Focus: Brazilian brilliance wins it for Liverpool External Link

That was just enough to edge out Coutinho.

The Brazilian tallied 24 in the BPS to claim two additional points, having produced three key passes for the visitors in addition to their opening goal.

Stoke City’s Jonathan Walters (£5.4m) opened the scoring at the bet365 Stadium and picked up the final bonus point on offer.

The Republic of Ireland international also supplied a key pass for a BPS total of 23.

Despite their cameo roles both Coutinho and Firmino still led the way in the ICT Index, with scores of 13.3 and 10.4 respectively.

Coutinho registered three shots on goal, with two arriving from inside the box, while he also created three chances. His Creativity score of 46 was more than any other player in Saturday’s encounter.

Firmino, meanwhile, top scored for Threat (48) with five touches and three shots from inside the Stoke penalty area.

A doubt for Saturday’s outing due to a recent illness, Coutinho was sold by more than 141,000 FPL managers ahead of Gameweek 32.

But he has now found the net in each of his last three Gameweeks and, with 28 points in that spell, FPL managers are flocking back to the Liverpool playmaker.

More than 24,000 have moved to acquire his services ahead of a Gameweek 33 trip to West Bromwich Albion.

The Hawthorns encounter is among five of Liverpool’s six remaining matches that score a Fixture Difficulty Ranking (FDR) of two.

So while Jurgen Klopp's side will not benefit from a Double Gameweek, a combination of form and fixtures could help Coutinho maintain his upward trajectory.

The Potters were dealt a blow when Joe Allen (£5.1m) was forced off with a hamstring injury during the first half.